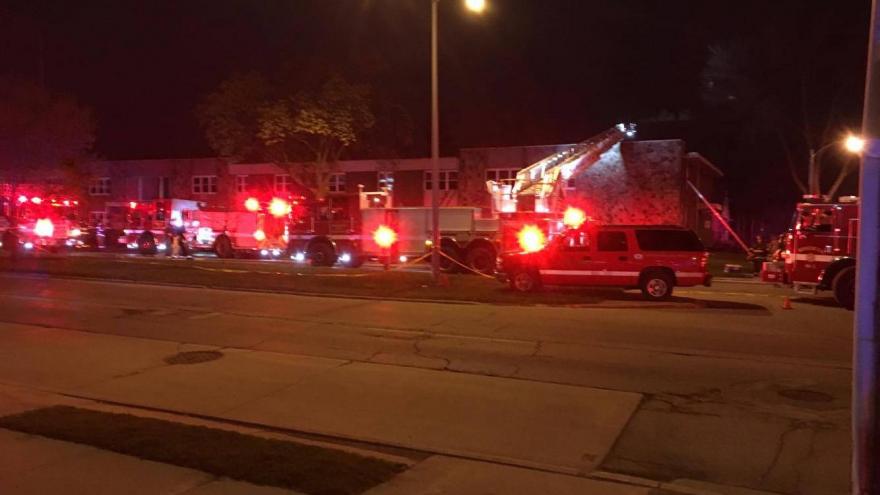 A fire broke out in a multi-unit apartment building near 57th and Hampton and a firefighter was injured while battling the blaze.

A neighbor tells us they saw someone being carried out on a stretcher and loaded into an ambulance.

The Milwaukee Fire Department says that the firefighter suffered non-life threatening injuries when falling from the 2nd to 1st floor of the building.  The firefighter was treated for injuries to the wrist, arm and elbow.

Milwaukee fire says the fire is a 2 alarm fire that was called in around 7:30 p.m. this evening.

Crews appear to have the fire mostly under control but there are still a lot of emergency responders still on scene.

A neighbor believes the building has been under construction and doesn't believe anyone was living there. He says he saw the fire from a few blocks away.