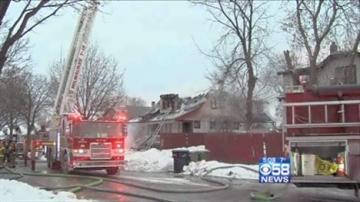 MILWAUKEE -- A firefighter suffered minor burns while battling a blaze near 8th and Capitol Tuesday morning.

The fire broke out in a one and a half story home shortly after 6 a.m. Officials on scene tell CBS 58 that everyone made it out of the home safely and crews did hear working smoke detectors when they arrived.

Firefighters took a defensive stance and had to be careful with how they attacked the blaze because of the wood frame of the house, an official said.

There is no word on a cause and the home is a total loss.