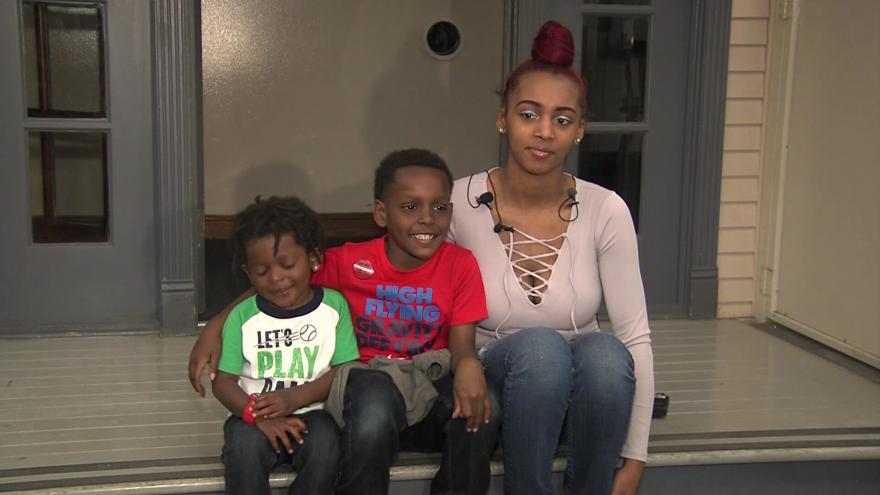 The 'Survive Alive House' simulates a burning home in order to teach kids how to escape safely. This year, one student says that experience saved her family's life.

Alysia Leach is now 16-years-old but she still remembers the training she received when she was 5-years-old that helped save her family.

The Milwaukee Fire Department is teaching lifesaving skills at the 'Survive Alive House' and that training helped save Leach's family.

"I saw fire and flames coming from the dryer, and I get my little sister from the bathroom and I rush all the kids in my arms. I had gathered all the kids, some could walk, and some I had to carry in my hands," Alysia Leach said.

Leach says the batteries in the smoke detectors were dead but she had a feeling something was wrong.

"I'd seen a lot of flames and I was only 9-years-old. I knew everything to do because I went to the Survive Alive House."

Now it's her little brother Money's turn. He and his second-grade class are getting the same hands-on experiences with the Milwaukee Fire Department.

"The Survive Alive House started about 25 years ago and it was because we had a rash of children killed in fires in the city. A significant number and some of our civic leaders and elected leaders decided it has to stop."

Alysia's mother Michelle says she's grateful for this program which helped save her family's life.

"She remembered what they taught her from 5-years-old till now. For that to be stuck in her head, I knew she was paying to what these people were telling her."

MPS students visit the Survive Alive House in both the 2nd and 5th grades.