Fire reported at convenience store near 7th and Wisconsin 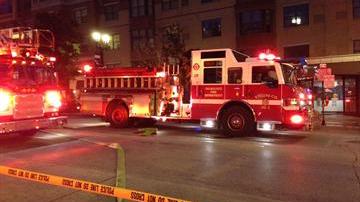 Emergency crews were called to the downtown convenience store just before 5:20 a.m.

Fire officials say the flames began in a refrigerator and that the building's sprinkler system put out most of the fire.

Tenants of Library Hull Apartments, located above the convenience store, were evacuated as a precaution.

No injuries were reported and tenants have been let back into the apartment.

There's no word on damage estimates to the store, but fire officials say all of the food inside the store must be disposed of.