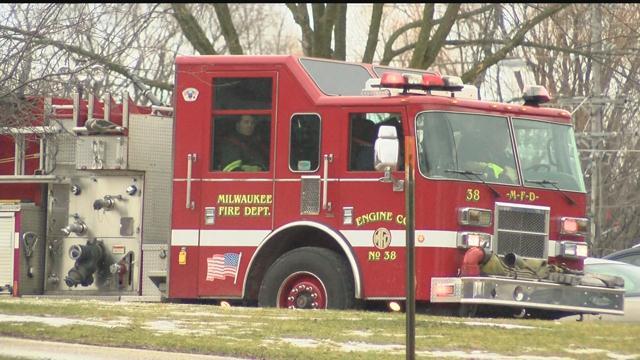 A  fire disrupts the day for students at a Milwaukee Public High School.

Fire crews were sent to Vincent High School this afternoon on the city's northwest side.    CBS 58 went to the scene and got as close as possible. We saw no damage from the outside of the building.

So far, there's been no official statement from MPS.

One Vincent student says the fire started in a rest room and they saw it just after lunch.

“You could see the smoke coming out of the boy's rest room." Dayonna Stokes told CBS 58 News. "One of the security guards had a fire extinguisher and he like kinda pushed the door open and tried to put it out. But,  once the smoke, the smoke and stuff came out and he couldn't take it.  So, he just pushed us back and they escorted us outside."

We have no reports of any injuries.

MPS  says it's working on a statement with more on this incident.