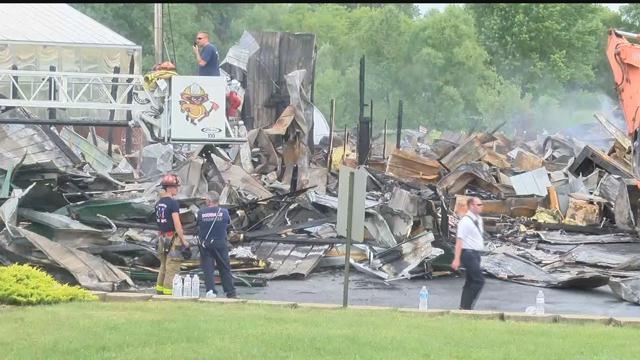 Just before 3:30 Wednesday morning, firefighters from several agencies were called to the Oconomowoc Landscape Supply and Garden Center on County Road K.

Police officers noticed the flames while passing the area during a routine patrol.

When firefighters arrived they say flames were higher than the building.

The fire spread to an area with fertilizer and other chemicals causing several large explosions.

One firefighter was injured, but is expected to be okay.