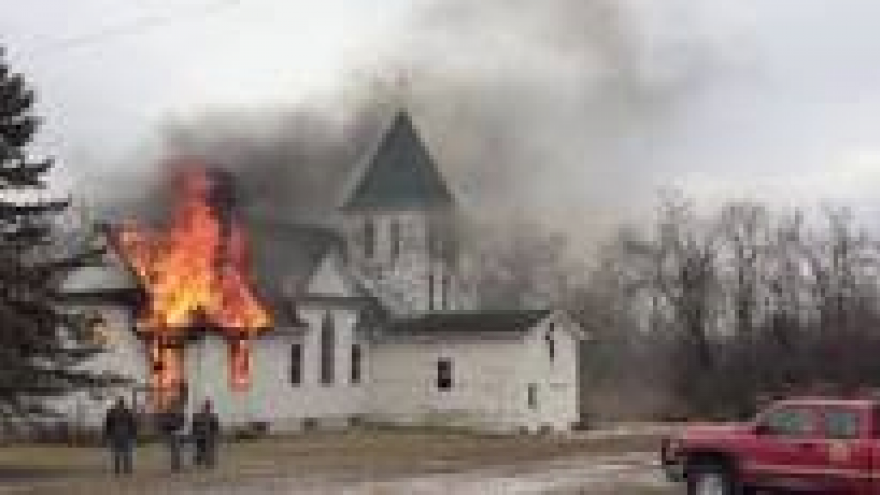 NOME, N.D. -- Police are investigating after a fire destroyed a church recently purchased by a white supremacist who has tried to created an Aryan enclave in another part of the state.

White supremacist Craig Cobb was listed on a recent deed as an owner of the Zion Lutheran Church, located about 70 miles southwest of Fargo, CBS affiliate KXMB reports. Earlier this week, Nome residents told KXMB that it did not appear as if Cobb had moved in yet.

According to the Bismarck Tribune, the deed on file for the church dated Feb. 21 transferred partial ownership to Paul Cobb, also known as Craig Cobb, and lists one other owner. A Nome resident told the Bismarck Tribune that nobody in the town was happy about Cobb coming to town “after that deal in Leith.”

In 2011, Cobb started buying run-down properties in the tiny town of Leith, located southwest of Bismarck, according to the Southern Poverty Law Center. He then announced plans on a neo-Nazi web forum to make the town into an Aryan enclave, and he sold properties for virtually nothing to other white supremacist leaders. Cobb and one of his followers led an “armed patrol” of the town, stopping vehicles and threatening and cursing residents, according to the Southern Poverty Law Center.  He eventually pled guilty to felony terrorizing and has been told by the court he can live anywhere in North Dakota except Leith.

A documentary about the incident called “Welcome to Leith” came out in 2015.

The fire was reported around 3:30 p.m., officials told KXMB. One firefighter with the Nome Volunteer Fire Department told KXMB that the church was pretty much destroyed by 4:25 p.m. when he arrived on the scene.

The sheriff’s office said the North Dakota State Fire Marshal’s Office has been called in to help investigate the fire.