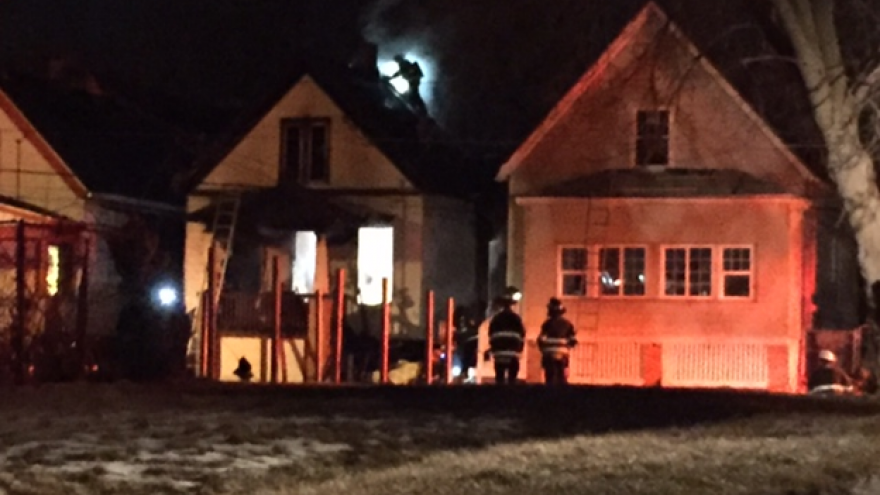 A 2 alarm fire Friday night has displaced six people and damaged two homes on Milwaukee’s north side.   The fire was reported in a 2-story wood frame house at N 11th Lane and W Hadley Street around 9:30 PM.  According to the Milwaukee Fire Department, the fire began on the first floor of the first house, extending to the second floor and through the roof.   The call was raised to 2-alarms because the fire then spread to the neighboring house.    No one was home in the first house at the time of the fire.   The residents of the second house were able to self- evacuate, but one person was taken to the hospital with undisclosed injuries.   The cause of the fire is under investigation.   Damage is estimated at $113,000 to the first home and about $32,000 to the neighboring house.