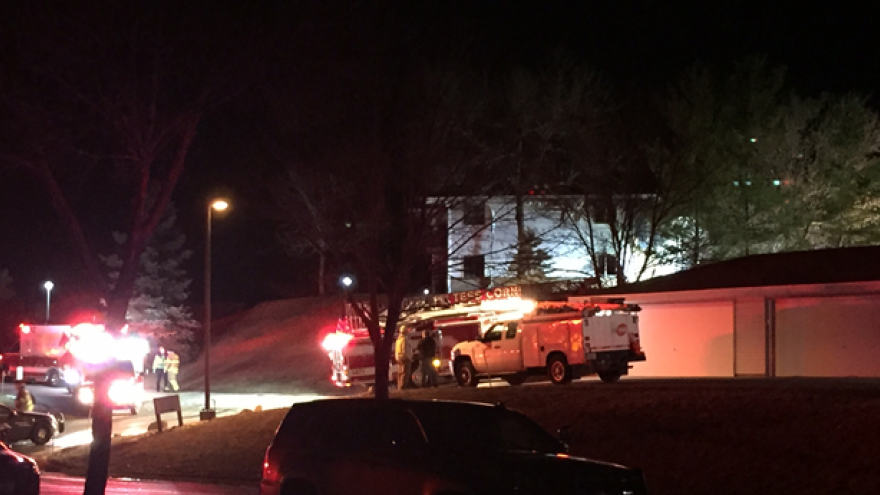 Twelve people are being assisted this morning by the Red Cross following a late night fire at the Willow Pond Apartment Complex in Muskego.  According to Tess Corners Volunteer Fire  Chief Skip Wojnowski the fire began around 11:10 PM in the 12 unit apartment building.   Wojnowski says the fire started in a lower unit and then extended to the apartment above.  The two apartments received fire and water damage, while the rest of the complex received smoke damage.  The fire is under investigation but it is believed the cause of the fire is electrical in nature.  The total damage is estimated at $250,000 dollars.  All of the residents of the complex were able to escape the fire unharmed, but one pet, a cat, did die.  Firefighters were on the scene of the fire at Lions Park Drive and Janesville Road for about two hours.