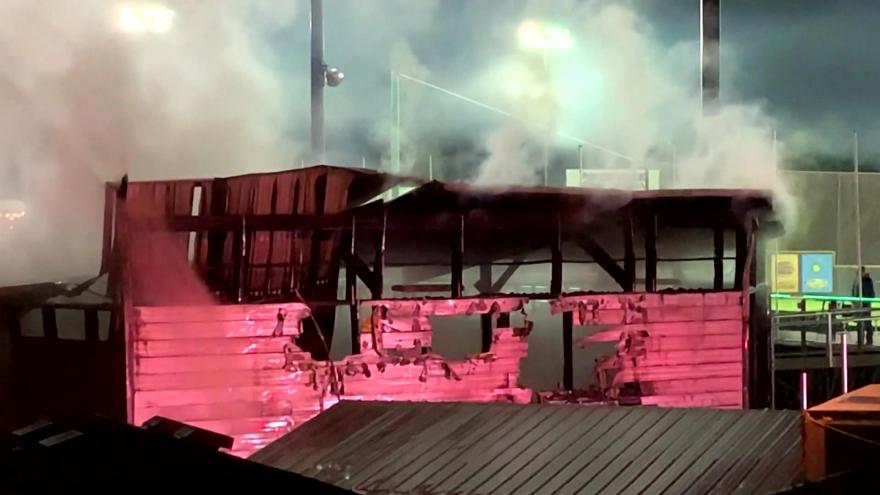 Firefighters were called out to the Madison Mallards stadium.

They arrived to find the gift shop at the stadium on fire. The building suffered significant damage, including a collapsed roof.