Fight ends in fatal stabbing near 28th and Hadley 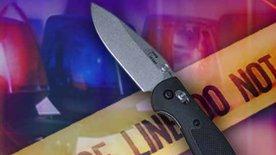 A fight between several people ended in a fatal stabbing Wednesday night.

Milwaukee police say a 23-year-old woman died after being stabbed by an 18-year-old woman around 8:15 p.m. after a fight involving multiple parties in the 2800 block of N. 28th street.

The suspect is in jail and the investigation into what led to the fight and stabbing is ongoing.