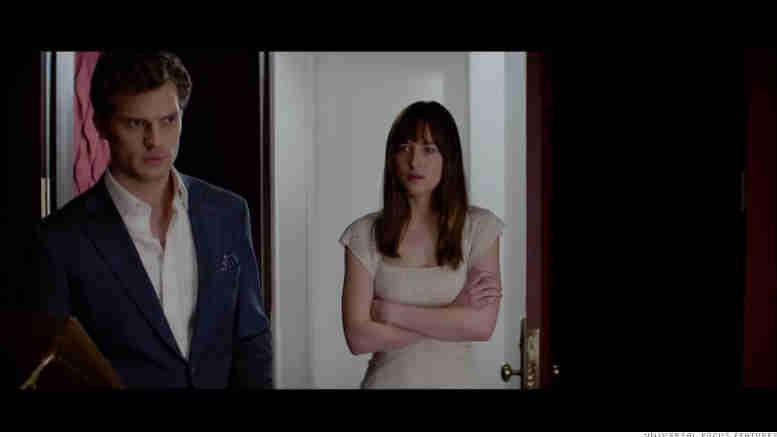 The weather may be cold, but this weekend's box office was red hot thanks to \"Fifty Shades of Grey.\"

That makes \"Fifty Shades\" the biggest opening ever for a film on the combined Valentine's Day and Presidents Day weekend.

The box office love is expected to continue into Monday, which is a holiday for many people.

Industry analysts are projecting the film's four-day holiday haul to be roughly $90 million.

\"Fifty Shades\" also nearly broke another record. It came in just shy of 2004's \"Passion of the Christ,\" which opened to $83.9 million, the largest February opening of all time.

The sexy film starring Dakota Johnson and Jamie Dornan also had a huge Valentine's Day with it bringing in $36.7 million on Saturday alone.

This is the largest single-day box office gross in the history of February, which makes sense considering that the film was heavily marketed as a Valentine's Day rendezvous.

While the box office numbers were record breaking, audiences didn't take much pleasure in actually watching the film.