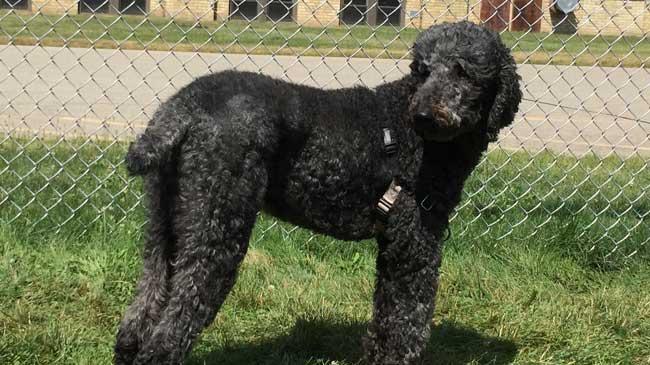 The program has been in operation since August 7, 2014.

Curly, a standard poodle, came to the Humane Society after being relinquished by its owner.   Curly has learned to sit, stay, come, and other important manners and behavioral characteristics to make him a successful, adoptable pet.  In fact, Curly was adopted on August 13, 2015, shortly after completing the program, and is enjoying his new home and family.  Curly passed the Canine Good Citizenship test as result of the hard work and dedication of the inmates involved as well as the countless hours put in by a volunteer dog trainer.

For more information about the Canine Corrections Academy: contact Brett Frazier at the Humane Society of Southern Wisconsin at (608) 752-5622 or www.PetsGoHome.org.