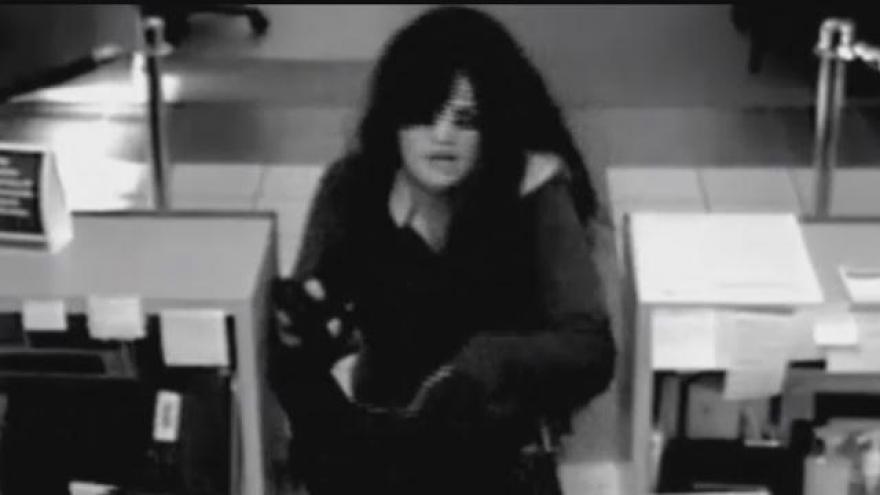 The Milwaukee FBI is searching for a female suspect believed to be responsible for a pair of bank robberies in the Milwaukee suburbs.

The first happened at a BMO Harris Bank in West Allis on October 24th. A week later, federal agents say she struck a Bank Mutual in Menominee Falls.

"In both cases, she enters the bank, approaches the teller, and provides a demand note," says Asst. Special Agent in Charge Robert Botsch. "She threatens to shoot them if they don't comply within 45 seconds."

Surveillance video shows the woman, wearing sunglasses and potentially a wig, waving a gun in front of tellers and yelling at them.

"Witnesses say she made references to the effect of, 'she wasn't kidding', 'this wasn't a joke', and 'she wasn't playing around," says Botsch.

In both cases, she escaped with an undisclosed amount of cash.

Botsch says it's incredibly uncommon to see a woman robbing a bank with a gun.

This suspect is described as white, 5'2, with dark colored hair. She's believed to be in the Milwaukee area.