Fellowship Open Bringing Legends of Sport and Business Together 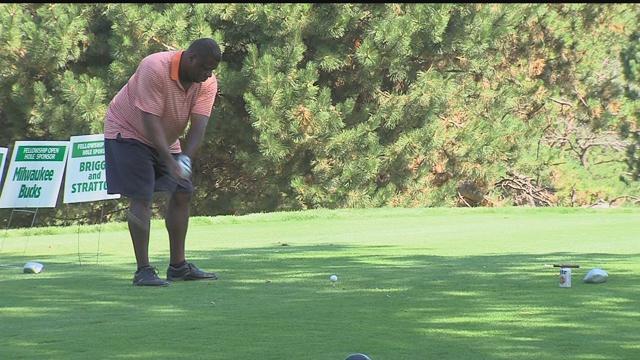 But before he received the award, he donated the honorarium to the Boys and Girls Club of Greater Milwaukee.

"When you become a teenager somebody's got to tell you about life," Robertson told CBS 58's Michele McCormack. "Sometimes parents don't do that. So where are you gonna learn it from the streets?"

The "Player of the Century" as voted by the NBA Coaches Association has a fondness for Milwaukee since helping the Bucks win its only championship.

He acknowledged that now, more than ever, there has to be an outlet for the people of the inner city.

"You can think what you're doing it important," explained Robertson. "And it is important to demonstrate. But you must do it peacefully you cannot win burning up a building."

For years, now the Fellowship Open has offered young people a path out of challenged neighborhoods through education.

Hundreds gather from around the country raising money to donate to scholarships and groups with a proven track record of results.

This year's recipient of the Hank Aaron Scholarship is Juwuan Banks.

He's a cancer survivor who will use the money to subsidize his pursuit of golf while still attending college.

"I pushed through and I got through it," Banks recalled, having been diagnosed at nine years old. "Never give up. Nothing can really stop me from doing what I want to do."

CBS 58 has been a long time media partner with the Fellowship Open and we couldn't be prouder.

Anchor/Reporter Michele McCormack will once again serve as Mistress of Ceremonies.

Look for her live reports Friday on the CBS 58 News at 4.