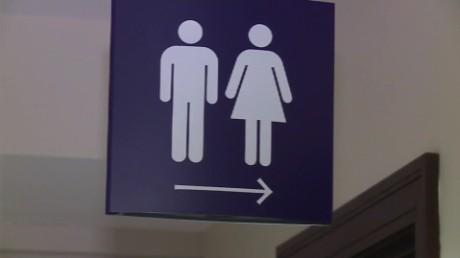 A federal court ruled on Tuesday that a Kenosha school must allow a transgender student to use the boys bathroom, according to a Milwaukee law firm.

Transgender Law Center said in a press release the organization and a law firm asked for the preliminary injunction so that their client could use the restroom during his senior year of high school.

“For the first time this year, I feel like I can actually make it through my senior year of high school just like any other boy in my class,” said 17-year-old Ash Whitaker.  “It’s awful going to school every day with the constant stress and stigma from being segregated from my peers and from administrators watching my every move just because of who I am. I’m so relieved I’ll be able to just go to class, apply to college, and graduate without worrying if I’ll get in trouble for using the restroom.”

According to the Law Center, U.S. District Judge Pamela Pepper said in her that Ash would continue to suffer irreparable harm if KUSD continued to deny him access to the boys’ restroom during his senior year.

According to the Law Center, the complaint in Whitaker v. Kenosha Unified School District No. 1 Board of Education alleged that KUSD’s policy of denying Ash access to the boys’ restrooms and insistence on using Ash’s birth name and female pronouns, the school’s repeated isolation of Ash from his peers on overnight school trips, and a proposed policy to require transgender students to wear green wristbands or stickers—violate Title IX of the Education Amendments of 1972 and the Equal Protection Clause of the U.S. Constitution.

“We expect that the Seventh Circuit will affirm the lower court’s decision and follow the lead of the majority of courts that have made clear that Title IX and the Constitution protect transgender students from being segregated from and treated differently than their peers,” stated Joseph Wardenski, an attorney at Relman, Dane & Colfax.

Pledl & Cohn, S.C., based in Milwaukee, Wisconsin, is assisting Transgender Law Center and Relman, Dane & Colfax as local counsel in this case.