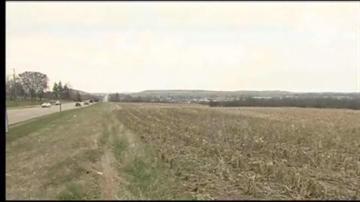 MENOMONEE FALLS - Fed Ex hopes to land in the Falls.

A ground distribution facility would be on 30 acres of land near County Line and Pilgrim Roads in Menomonee falls.

If this latest project is approved, what is now a large cornfield will turn into more than 450 jobs for the state.

The proposed center would be nearly 203,000 square feet.

It will have a distribution area with room for loading docks and an office area.

More than half of the new jobs will be part time. The others will be full time.

Proposed plans state the facility will be staffed 24 hours, 7 days week, but packages will not be delivered on Sundays.

The Fed Ex site will get packages for delivery within the Menomonee falls area and collect packages from the area to be distributed.

Fed Ex says it can't comment on the project until it's a done deal, but a spokesperson tells CBS 58 that no existing facilities in the area would close.

There a few more steps the project must go through before the facility and new jobs are approved.

Tuesday, the village architectural board will review the plan.

It will then go to the planning commission before it goes back to the architectural board, which makes the final decision.

Village officals say the earliest that could happen is May 20th.
Share this article: