Slushy snow moved into southeast Wisconsin by late morning and early afternoon on Monday and last through the evening in most spots. Snow reports varied widely across the area with communities south of Milwaukee and Waukesha not seeing much. We've received little to no snow reports from Walworth, Racine and Kenosha Counties and the reports we have received suggest less than a half inch of snow there. It was a different story in northern communities where the precipitation stayed mainly snow. Beaver Dam topped the list with 6". 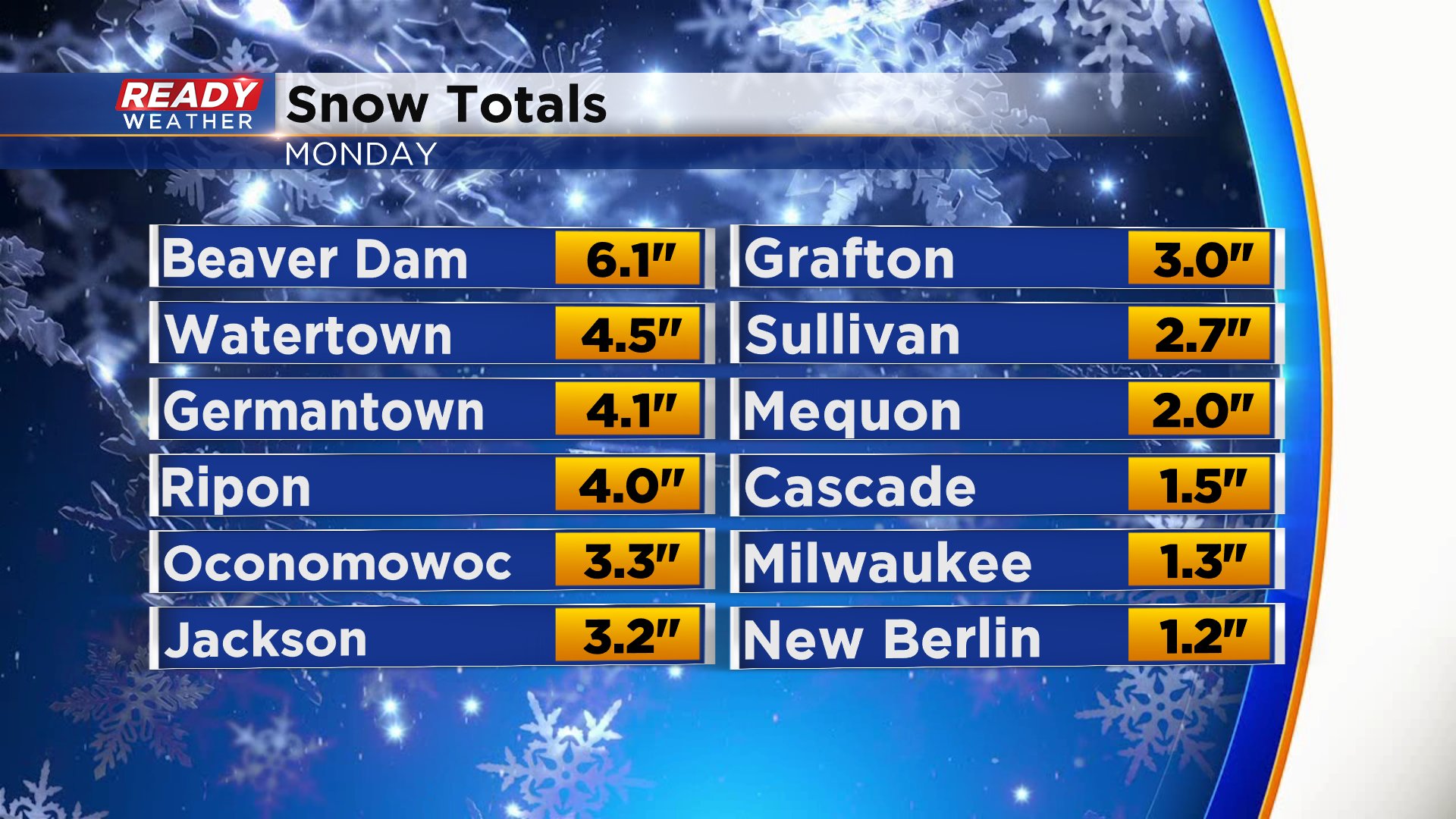 We've had some good snow events so far this February with a monthly total snow of 8.4" this year. The average through today's date is 6" of snow and the entire month averages 9.8" of snow. Last year February was very snow with already over 15" of snow by the middle of the month. 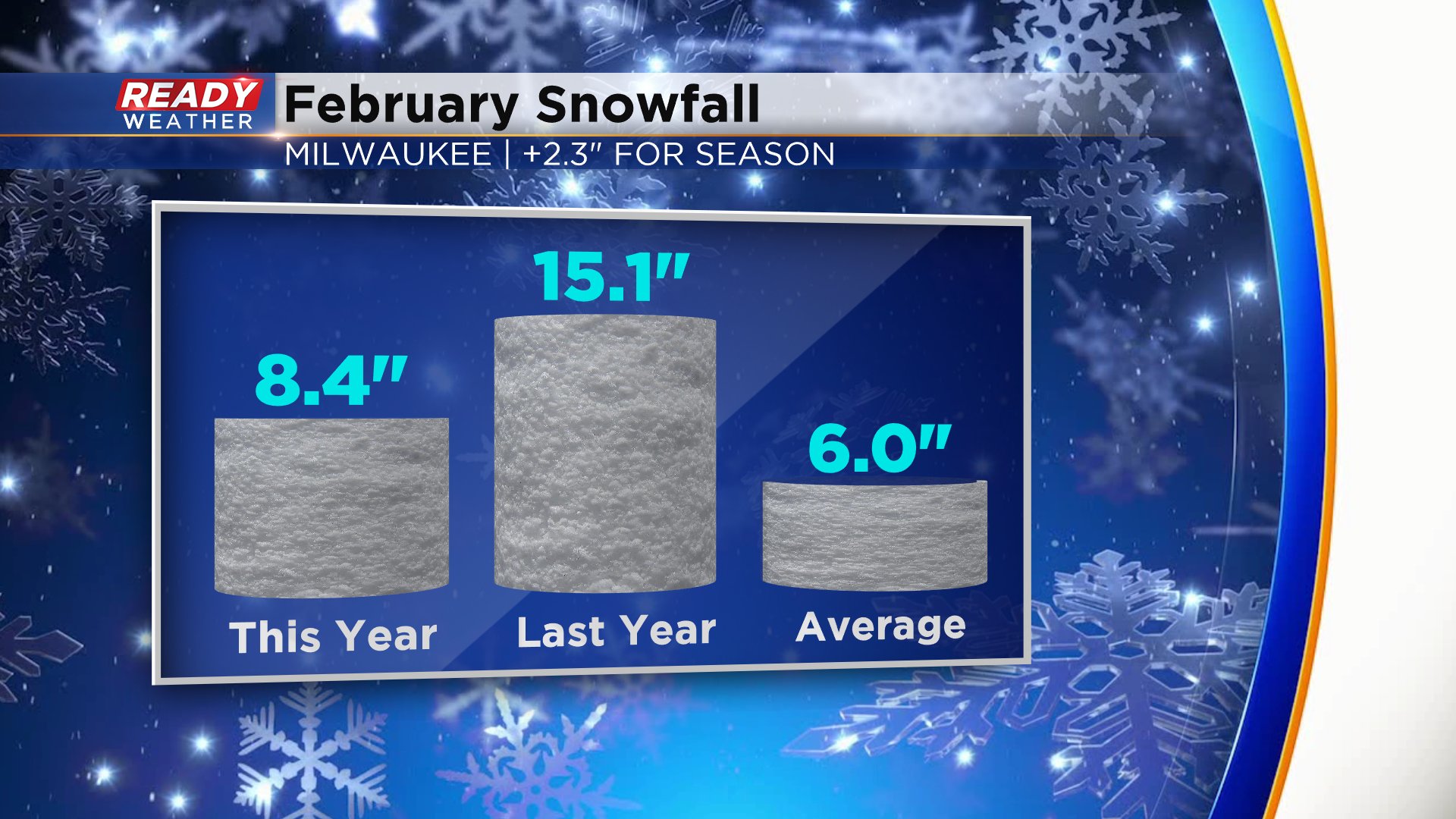 Milwaukee currently sits at 2.3" above-average for snowfall for the entire season. Download the CBS 58 Ready Weather app to see if there's any more snow chances in our future.