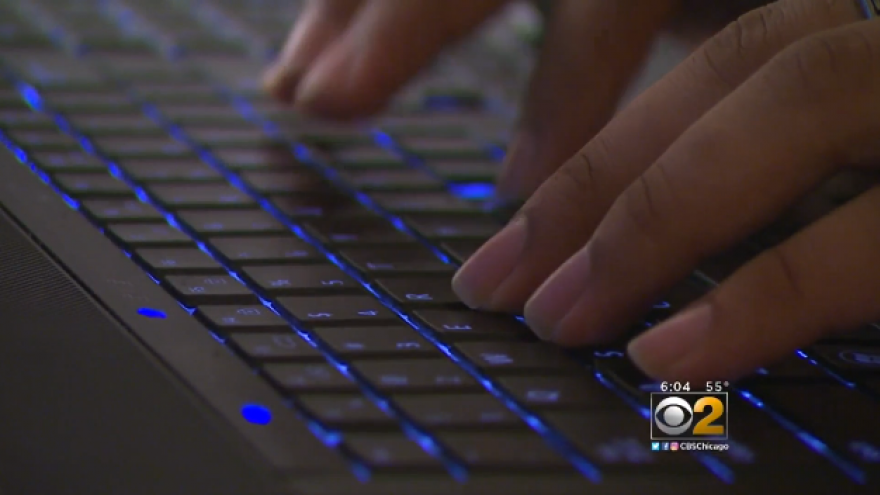 CHICAGO (CBS) — The FBI is warning parents about apps like the one agents said a 14-year-old Northwest Indiana girl was using when she met a group of men, who now are facing rape charges.

A 14-year-old Indiana girl went missing Friday from her home in Shererville, Indiana and was found four days later, on Tuesday in Cincinnati Ohio, according to the Lake County sheriff’s office.

Police said they found the two men in an Ohio apartment complex with the teenage girl.

The three men are accused of playing roles in the disappearance of a 14-year-old Lake County, Indiana girl.

The 14-year-old girl is back with her parents, authorities say.

“They were communicating at some point on a chat app called Kik. K-I-K,” he said. “Kik is one of those apps that can be problematic due to the anonymity of it.”

Ramsey said after the girl met the 21-year-old man online, he drove her to Ohio and left her with the 25-year-old and a 27-year-old man.

Ramsey’s advice for parents: Know what your kids are saying and sending online.

“Really all is needed is a user name, once you register via an email address,” he said. “It does make it difficult in terms of capturing communications. And when an event such as this happens, tracing back to determine the user and who the user name belongs to.”

The company responded with this statement: “We take online safety very seriously, and we’re constantly assessing and improving our trust and safety measures.”