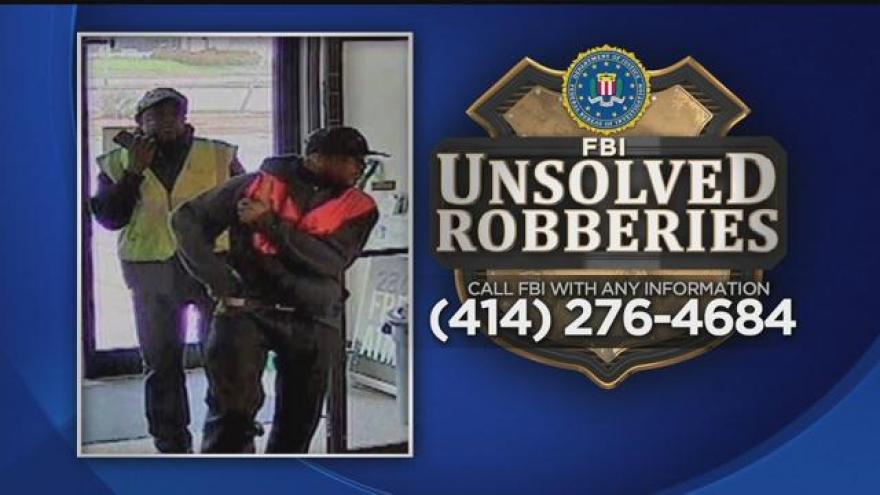 The Milwaukee FBI is searching for a pair of brazen bank robbers, wanted for firing a gun inside a North Shore Bank back on April 21st.

According to the FBI, the two men didn't even try to hide their identities.

"Both of them were dressed wearing utility vests," says Assistant Special Agent in Charge Robert Botsch. "Most bank robbers want to conceal their identity, they want to do things that help them blend in to their environment. These guys took the unusual step of making themselves more visible than the average person by wearing reflective construction vests while inside the bank."

It all started around 9AM, as the two men entered the bank off 91st and Oklahoma.

Botsch says that round went into the floor, as the men gathered workers and customers in the lobby.

"If the tellers did not comply, they did threaten to shoot people within the bank," says Botsch. "It was an unusual level of violence. Generally speaking in bank robberies, we don't see rounds discharged or shots fired within a bank. This sort of ratchets up the level of violence with these two individuals."

The two got away without being caught, but face major prison time if you can find them.