FBI Seeking Three in Milwaukee for Warrants Connected to Gangs 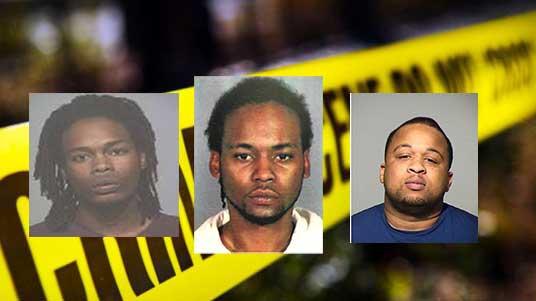 The three subjects were indicted on December 1 along with four others as part of an ongoing FBI / DEA and Milwaukee Police Department investigation into the HPT / ATK street gangs.

As a result, seven subjects were arrested and three guns were recovered, along with multiple ounces of cocaine and approximately $3800 in US currency.

Tuesday’s operation followed one similar on June 9 targeting the HPT / ATK gang. In that incident 15 suspects were arrested.

The suspects wanted are:

The three are part of the ATK (Atkinson Avenue Gang) or the HPT (Hustlers, Pimps, and Thugs) gang on Milwaukee's north side.

"We would consider this neighborhood based street gangs," Robert Botsch from the FBI Milwaukee office said.  "They are not affiliated to a national gang at all however that doesn't mean they are any less violent. Unfortunately sometimes the more loosely affiliated, the more disorganized groups a little bit more violent  because there's no one person calling the shots or directing the gangs activities."

All three subjects remain at large and should not be approached. Anyone with information is urged to call the FBI at 414-276-4684.