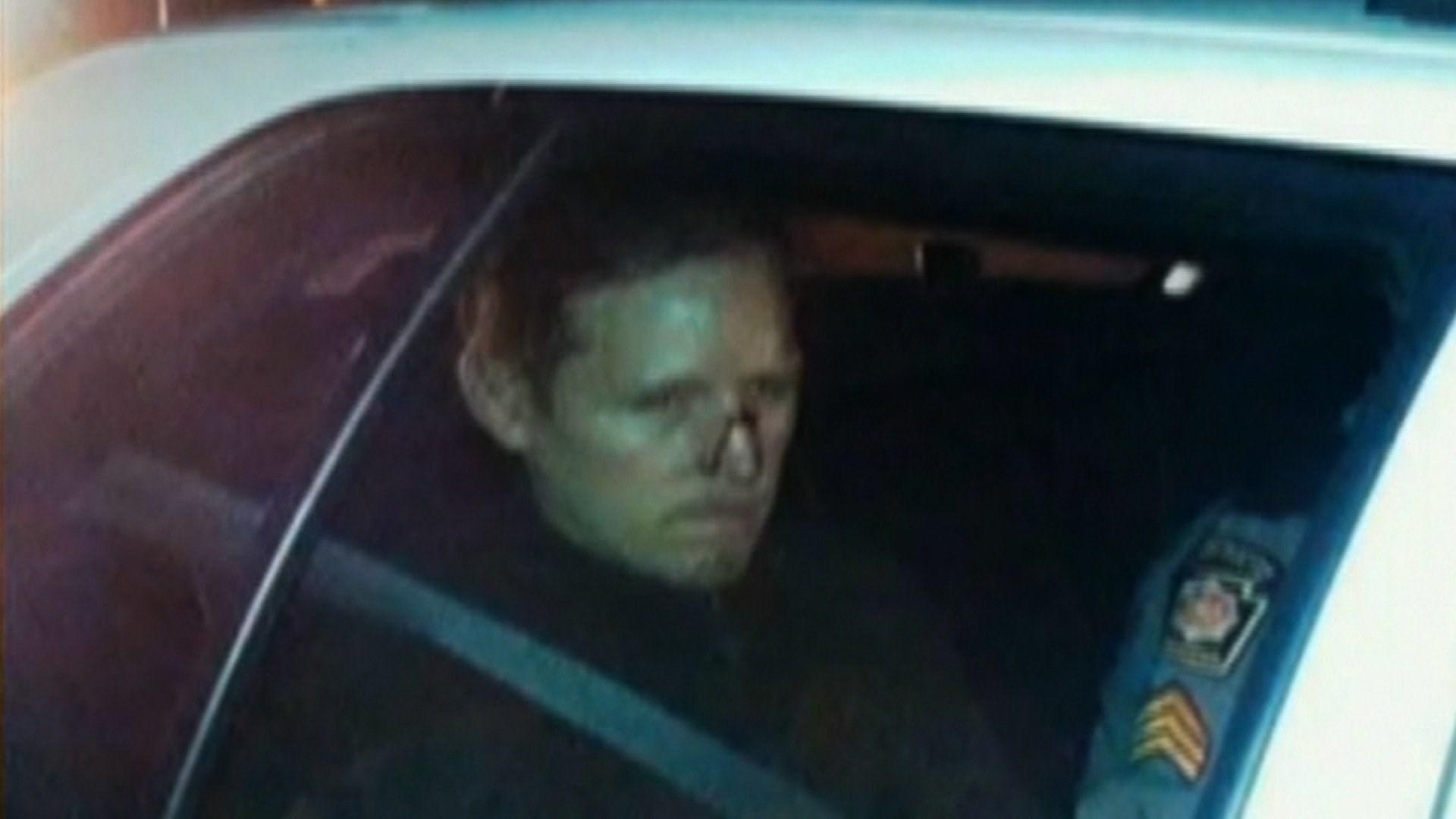 According to a local government official briefed on the matter, Frein was caught at an abandoned airport between Henryville and Tannersville. He was reportedly taken into custody without incident.

A U.S. Marshal's Service special operations team tracked Frein to the abandoned airport while it was in process of clearing the area, according to a law enforcement source with knowledge of the capture.

Its work, that source said, was also aided by intelligence and eyewitness accounts gathered throughout the course of the manhunt.

Frein was armed with two guns when he was arrested, according to another law enforcement source. One was a pistol and the other a rifle, the source said.

A separate law enforcement official told CNN that knives were recovered from Frein's hiding place, and that authorities are currently searching the area for more weapons.

\"Let me assure everybody here ... justice will be served,\" Pennsylvania Gov. Tom Corbett said Thursday night at a news conference about Frein's capture.

Frein is now sitting in a cell at the same barracks outside which the two officers were ambushed, authorities said.

The weeks-long search yielded a mishmash of purported personal effects.

Police have said they found an empty pack of Serbian cigarettes. Frein claims to have fought with Serbians in Africa and has studied Russian and Serbian languages, according to the FBI, which named him one of its Ten Most Wanted fugitives.

Police have not spoken about a possible motive for the crime, other than that Frein has talked and written about hating law enforcement. Authorities have said a review of a computer hard drive used by Frein shows that he had planned the attack for years.

The manhunt involved as many as 1,000 officers at times, some from other states. The search for the self-styled survivalist cost at least several million dollars.

Frein's capture took so long because he hid in a wooded area that took a long time to search, said state police Commissioner Frank Noonan.

The hunt for Frein turned life upside down for people inside the search area. Helicopters buzzed overhead and police seemed to be everywhere, all the time.

\"Every night, every day, but mostly at night, the helicopters would be flying over our house, waking us up at 1 o'clock in the morning,\" said Cory Batzel, in Swiftwater, Pennsylvania, before Frein was caught.

The fugitive was reportedly spotted in a wooded area in the town of Swiftwater, about 8 miles southeast of the Canadensis area, where his family has a home.

\"It's kind of scary -- a little bit nerve-wracking -- because we live so close to it,\" said Marissa Labarre, who rode the bus to school with Frein when they were children.

She remembered him as quiet, but not \"weird,\" and definitely not the type of person you'd expect to kill a cop.

\"You hear of stuff like this, but you never know the person, or it's like hours from you. You know, it's on the news but it's not ever close to home. So it's a little bit scary,\" said Labarre.