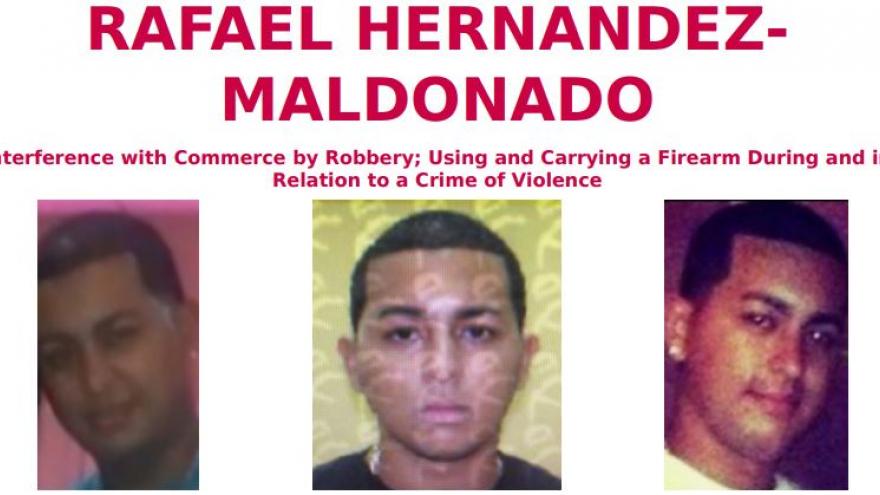 MILWAUKEE (CBS 58) -- The Milwaukee division of the FBI think someone in the Milwaukee or Waukesha area might have info on a wanted man from Puerto Rico.

There is a $20,000 reward for information leading to the arrest of Rafael Hernandez-Maldonado also known as Bebo or Chucho or Chucho Gonzales.

Hernandez-Maldonado is described as a 33-year-old Hispanic man with brown hair and brown eyes weighing 180 pounds and 5'9" tall. He may have a scar on his left cheek.

Authorities have been looking for Hernandez-Maldonado since 2015 but re-issued the request for information on Friday in their "Fugitive Friday" series.

The suspect has ties to Orlando, Chicago, Milwaukee, Waukesha and Puerto Rico.

Hernandez-Maldonado should be considered armed and dangerous.