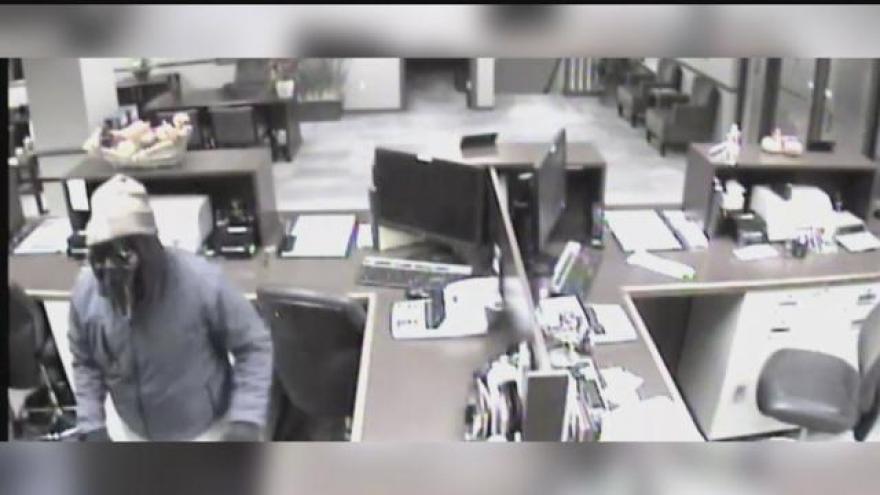 A group of thieves were caught on camera hitting the same West Allis bank twice.

Video showed them climbing over counters and pushing bank employees.

The FBI said it's quite uncommon for bank robbers to get physical with tellers, but video shows a couple guys in West Allis doing just that.

One of the incidents happened on November 23, 2015 at an Equitable Bank in West Allis.

Immediately upon entering the bank, they announced the robbery.

The suspects then demanded that everybody in the bank get down on the floor.

Bank robbers were seen climbing over counters and rummage through drawers.

According to the FBI, they stole cash and fled in a gold car.

The FBI said they were very deliberate about their time in the bank.

They were very conscious of time.

They were in and out of the bank in less than two minutes.

Less than two months later, the suspects were back at the bank.

They followed the same method of operation.

Video showed one shoving a teller to the ground, but in their haste one may have made a slip-up.

One of the subjects says to the other one, cmon "roady", let's go.

Another witness thought the name might have been Revo.

FBI is hoping somebody knows where roady or revo is today.

If you recognize these robbers you are to call the FBI.