Favre says he might have had "thousands" of concussions 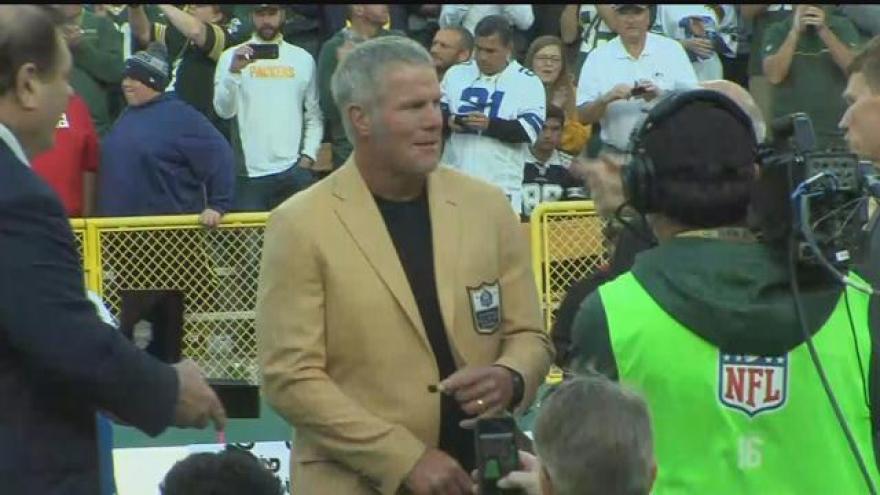 Brett Favre says he might have had "thousands" of concussions during his Hall of Fame career.

The three-time NFL MVP who played from 1992-2010 and was known for his aggressive approach to football said Thursday on NBC's "Megyn Kelly Today" that he is experiencing short-term memory issues.

Favre, 48, has become an advocate for concussion research and said he had three or four known concussions during his lengthy career, which spanned 302 regular-season games and 24 in the postseason.

"But as we're learning about concussions," he told Kelly, "there's a term we use in football and maybe other sports, that I got 'dinged.' When you have ringing of the ears, seeing stars, that is a concussion.

"If that's a concussion, then I've had hundreds, probably thousands, throughout my career, which is frightening."

Favre added that he worries about developing chronic traumatic encephalopathy (CTE) as he ages.

"My football career has meant a great deal to me and has provided a lot of things, a lot of joy not only for me, but for my family," Favre said. "Now, my family doesn't have to face the physical problems that could potentially arise, or the mental problems that could, but they are directly associated with me in that regard. It's kind of a blessing and a curse.

"I grew up playing football. My dad was the coach, he was tough on me, he was a hard-nosed, just in-your-face-type of guy, and he didn't know what concussions were about. We knew basically what a concussion was, but the thought process in those days was you would never come out of a game or practice because you had a little head ding. You would be considered, for lack of a better term, a sissy.

"My point in this is 30 years ago, there wasn't a problem in anyone's mind from playing football. It was just a matter of being tough, and the ones who stuck it out and made the most of it. Now, what we know, is it has nothing to do with toughness and that's a lot scarier. So I look at my career as something wonderful. I didn't know; had I known in Year 5, I would have looked at my future a bit closer as my career unfolded."

Favre appeared on Kelly's program with three other retired star athletes: soccer's Abby Wambach, baseball's David Ross and Favre's fellow Pro Football Hall of Famer and former teammate Kurt Warner. All four have invested in a company developing a concussion-treatment drug that is not yet approved by the Food and Drug Administration.

Favre said he would not encourage youngsters to play football.

"The brain and just the skull itself, for (8- to 15-year-olds), and maybe even older, is not developed enough and they should not be playing tackle football," Favre said. "We should protect them, especially when there is no treatment solution out there."