OAK CREEK, Wis. (CBS 58) -- We have been watching the peregrine falcon chicks that hatched recently on top of the We Energies plant in Oak Creek.

Last week, three baby birds got their names. Monday, May 17, they got their identification bands.

"Fauci," along with his brothers, "Beaker" and "Checkers" were banded so that the movements of the endangered birds can be tracked once they are released into the wild.

Peregrine falcons tend to stay within 100 to 200 miles from where they're born, but they can travel long distances.

"A male I banded two years ago at the same site that this adult female that was produced at, called the Mill up in Menasha, that male I banded, he was found four months later in Barquisimento, Venezuela, 2,600 miles away," said Greg Septon, peregrine falcon managers.

The chicks posed for their one and only "family portrait." Their names were inspired by people on the front lines of the fight against COVID-19. 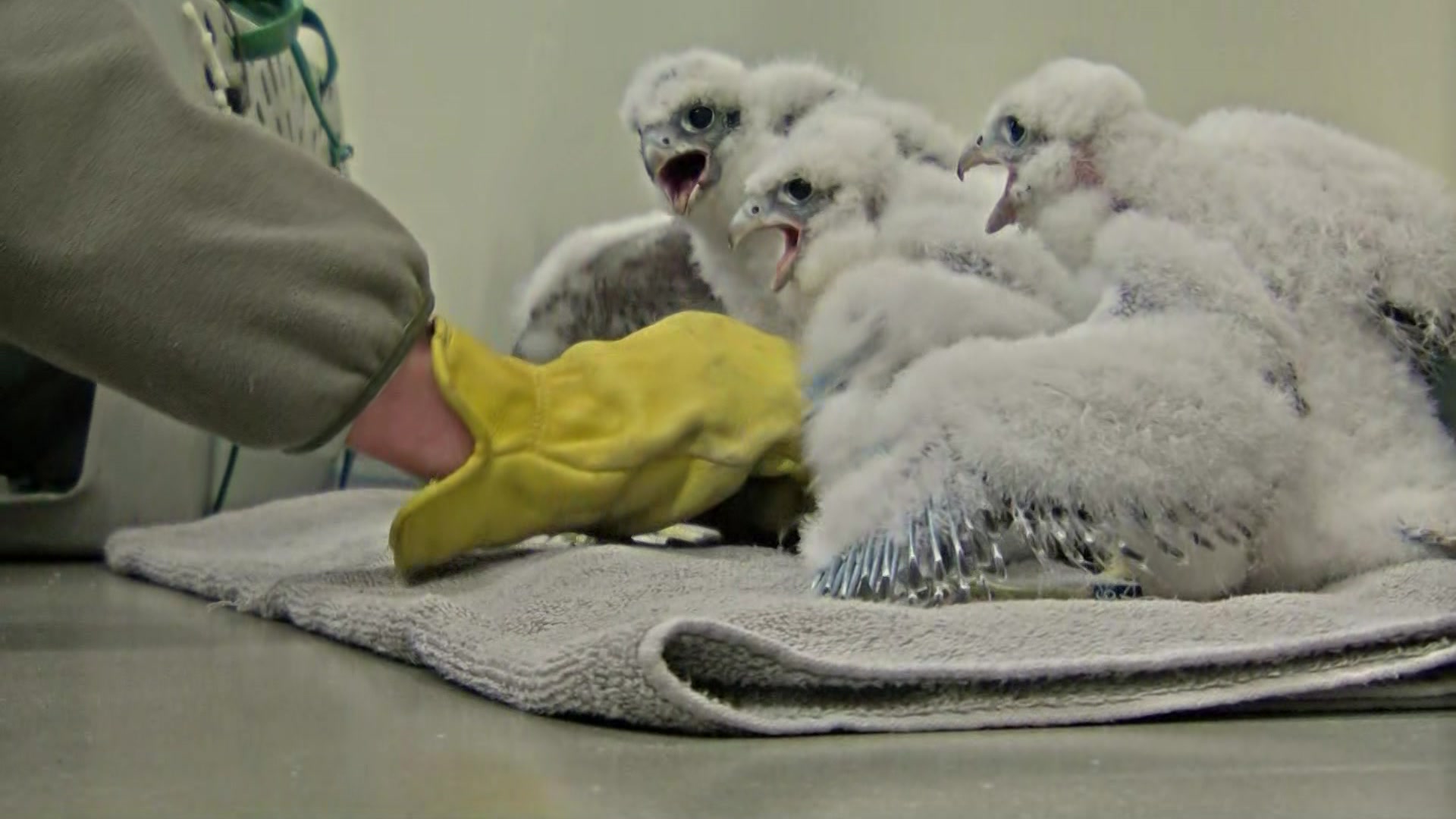 We Energies is part of an effort to restore the falcon population. The birds like to nest in tall structures along lakes or rivers.

We Energies' plants have turned out to be very popular for nesting.

Watch the We Energies peregrine falcon camera LIVE below.