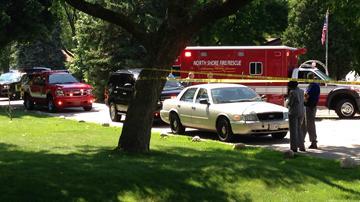 GLENDALE -- Glendale police responded to an early afternoon shooting at a home near  the intersection of Sunset Ln. and LaSalle Ave.

Police say a father and his15 and 20-year-old sons were arguing just before the fired on both sons. Police began getting several calls about this shooting around 2:15 p.m.

When police arrived they found one of the sons attending to the other. The 20-year-old died at the scene of the shooting, and the other son is being treated at a local hospital. The father is in police custody.