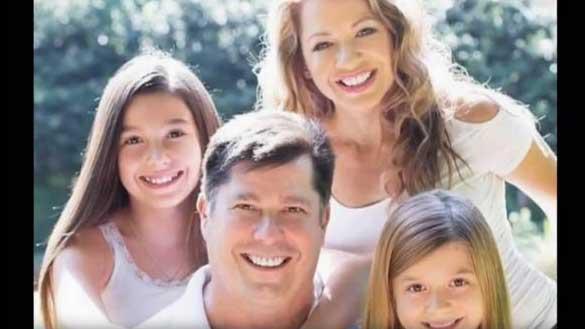 Richard Perrin, 57, was struck and killed by another driver early Saturday along Hwy 170 in Roanoke. The Haslet acting coach was retrieving his daughters' gifts from the family's disabled car. His wife and daughters, ages 8 and 11, were having car trouble and he had come to help. According to family members, the family witnessed the fatal crash.

"The sadness is hard to even describe," says Perrin's brother-in-law, Jody Lee. "It's been really, really tough. Although surrounded by family and friends, they are on a complete roller coaster."

But, grief is not the family's only worry. Perrin's wife, Jerilyn is a stay-at-home mom, and there was no life insurance. So her brother launched a GoFundMe effort, hoping to raise enough money to pay the mortgage and utilities for the next year just to give her some breathing room.

HERE IS THE LINK TO DONATE: https://www.gofundme.com/vafsz3y4

Within a matter of hours, donors had surpassed the family's $22,500 goal and the fund continues to climb.

"We are just so humbled," says Lee, "and so deeply grateful. We didn't want to ask. But, the donations just remind them of how much they're loved and how many people out there are pulling for them."

Torri Weeks, 14, had taken weekly acting classes with Perrin for the past five years. She said news of the accident had been devastating to her as well. "I was kind of in shock," says Weeks. She says her acting coach openly adored his young daughters--and seemed to delight in encouraging other youngsters as well.

Family members tell CBS 11 that the driver involved in the crash did stop and they are praying for that person as well, saying "there are no winners here. It was just a terrible accident."