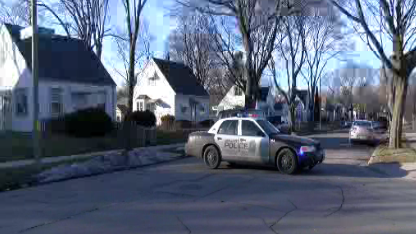 Milwaukee police responded to the 4900 block of N. 26th Street earlier today for a tactical situation. A 30-year-old man became confrontational with family members and armed himself with a weapon inside of the home. Most of the family members were able to escape except for the man's 9-year-old son. The boy's father held the 9-year-old hostage with a weapon and threatened to kill him several times.

Officers arrived on scene to find the man highly agitated inside of the home. The Negotiation Crisis team tried to communicate for well over 2 hours with the man to release the boy. When the negotiations were no longer progressive and the suspects agitation level continued to rise, the tactical enforcement team feared for the child's life and entered the home.

They were able to rescue the child and take the suspect into custody without injury.

The suspect was determined to have suffered from a mental health crisis. He has had ongoing treatment. It's currently under investigation whether or not drugs were also involved. He will be facing charges but it is unclear what those are yet.