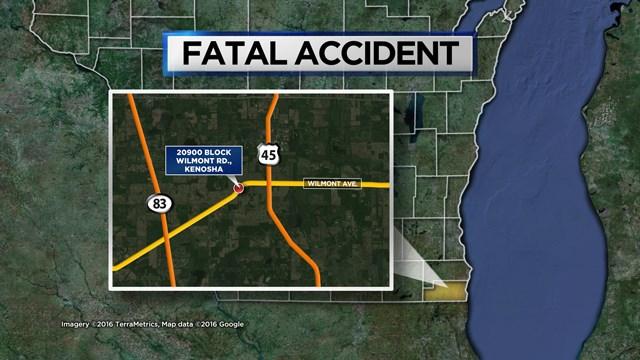 A 38-year-old Salem woman died in a head-on car collision in the Village of Bristol around 4:30 PM, Wednesday afternoon.

According to the Kenosha County Sheriff’s office, the woman, driving a Chevrolet HHR, was west bound on CTH C, lost control of the vehicle in a curve, left the road and then over corrected, coming back onto the highway into the path of an east bound van driven by a 32-year-old man from Antioch, Illinois.   The vehicles collided head-on and the woman was thrown from her vehicle.  She was pronounced dead at the scene by the Kenosha County Medical Examiner.

A 23-month-old child who was a passenger in the woman’s vehicle suffered non-life threatening injuries and was transported to a local hospital for treatment.

According to the Sheriff’s Office, the man was taken to a local hospital and then transferred to Froedtert Hospital for treatment of what is described as significant injuries.

The cause of the accident is still under investigation.  The identities of the drivers and passenger have not been released pending notification of family members.