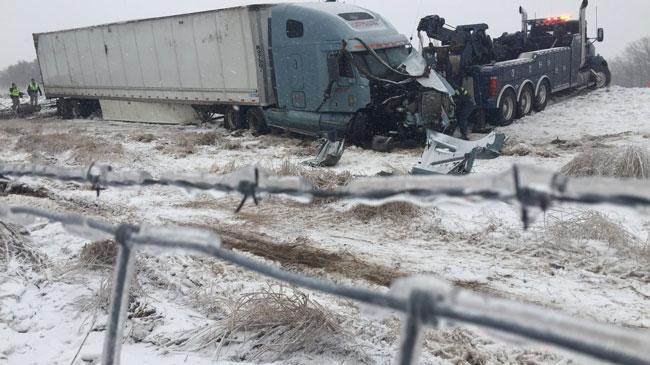 A fatal accident between a semi and a van occurred near the town of Slinger on I-41 on Thursday.

St. Lawrence Fire Department confirmed the van, which was going northbound, lost control on the highway and spun across into the southbound lanes.

The semi truck was unable to move out of the way and struck the van.

Both vehicles ended up on the side of the highway.

The Washington County Sheriff's Department says the two occupants in the van, sisters ages 15 and 24 both from Oshkosh, were killed. The driver of the truck was taken to a local hospital to be checked out.