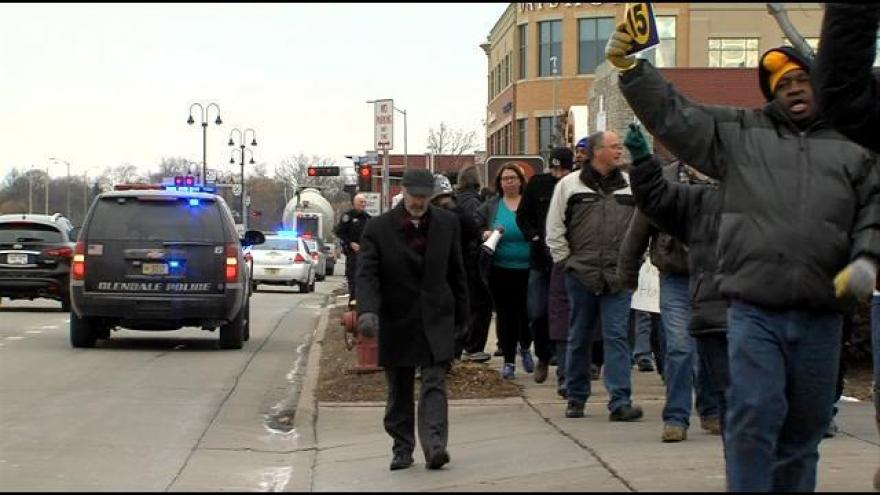 Fast food workers demanding high wages staged another round of protests in cities across America. In the Milwaukee area, protesters flooded Bayshore Town Center in Glendale to demand a pay increase.

Eventually protesters were kicked off mall property, sending them south on Port Washington Rd. to protest the Taco Bell, McDonald's, and Burger King. Wisconsin Jobs is the group behind Milwaukee area protests for minimum wage. The group is asking for fast food corporations to increase wages from $7.25 to $15 an hour, and allow employees to unionize. McDonald's employee Marielle Crowley says, "Started a year and a half ago, this movement I feel like we're on the right side of history."

Workers who attended to rally say they won't give up the fight until fast food corporations hear their cries for change. Protester Roxanne Trigg says, "I love the job. It's just the pay. I need a little more money. I need more, I have bills, kids, and grandkids."