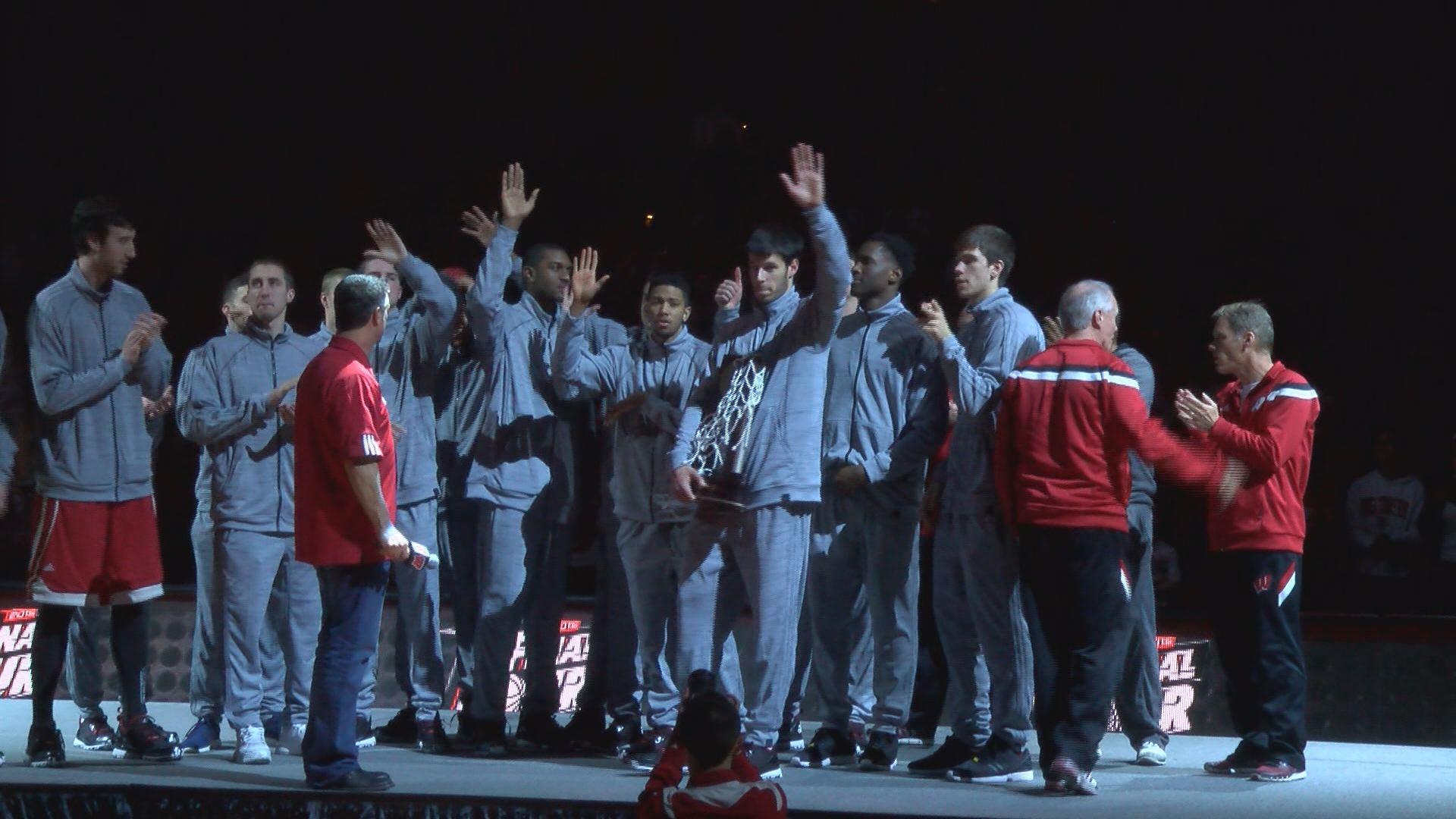 Wisconsin Athletics held a pep rally for the Badgers basketball team Wednesday night. It was the last chance for fans to see the Badgers squad before the team took off for the Final Four in Indianapolis.

While the fans were lit up with excitement, the players couldn't help but show everyone this team is much more than just a bunch of athletes wearing the same uniform.

Junior forward Sam Dekker said, “We've grown so close and so tight. To be able to go on trips with these guys something we'll remember forever and we're hoping to make it last a few more games.”

“We are best friends...\" said Senior forward Frank Kaminsky, followed by, \"...and I hear Trae [Traevon Jackson] telling me I should talk about FIFA, and I am the best FIFA player on this team and I want everyone to know that.”

Players and coaches are the first to admit this Wisconsin team may be one of the goofiest teams in the nation off the court, but told fans they are ready to lock in for another 40 minutes of basketball.

“So it's just another opportunity to finish what we started and win a championship here.” said Jackson, a senior guard.