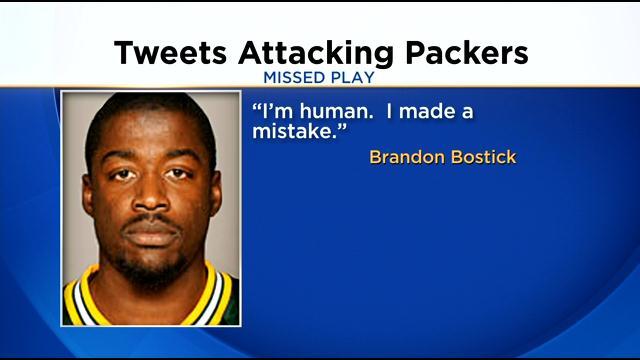 Bostick admitted he was supposed to be blocking on Seattle's onside kick so Jordy Nelson could grab the ball, but he ended up tipping the ball into Seattle's hands.

There were several tweets calling him names, threatening him, and some involved racial slurs.

Bostick tweeted that he's human and made a mistake. After that tweet, the incoming tweets turned into messages of support. Many fans called Bostick\"class act\" for talking about the missed play and others condemned those who attacked him.