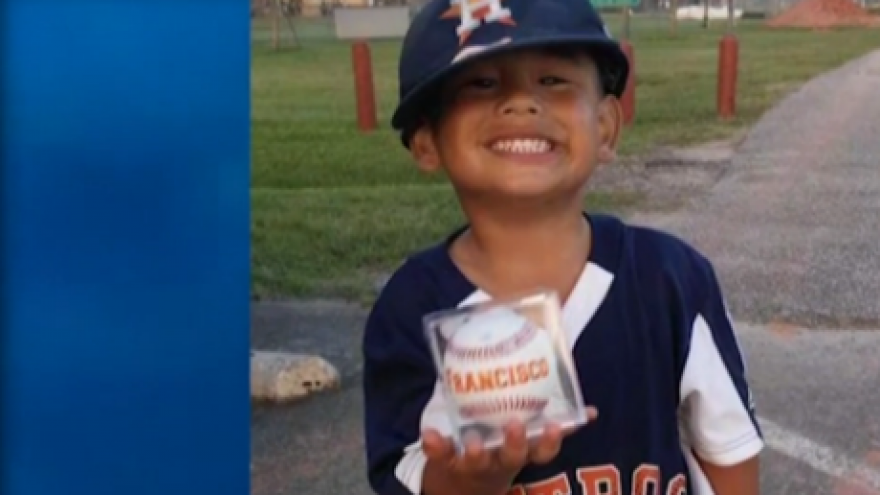 A family preparing to bury their 4-year-old son wants to warn other parents of the rare condition that took the child's life.

Francisco Delgado Jr. says almost a week after a family trip to the Texas City Dike, he called 9-1-1 because his son Frankie stopped breathing, CBS affiliate KHOU reports. The child had shown symptoms that resembled a stomach bug for several days, including vomiting and diarrhea.

Doctors found fluid in Frankie's lungs and around his heart, and told the Delgado family Frankie died of what's known as "dry drowning."

Unlike more typical drowning deaths that happened in pools, lakes and at the beach, dry drowning can occur hours, even days, after a person inhales water. The uncommon condition mostly involves young children.

According to medical experts, symptoms of dry drowning include trouble breathing, persistent coughing, sleepiness and fatigue, and vomiting.

Frankie's mother Tara said her son was "full of life" and "for 4 years old, he had a big heart."

The family is in the process of making funeral arrangements for the child. A GoFundMe account has been set up to help with the expenses.

"There are no words to describe how heartbroken we are over the passing of Baby Frankie," the family wrote on the page. "He was only 4 years old, he had so much life to live. He was loved by so many people, his love for Baseball was endless. The world lost a beautiful soul."