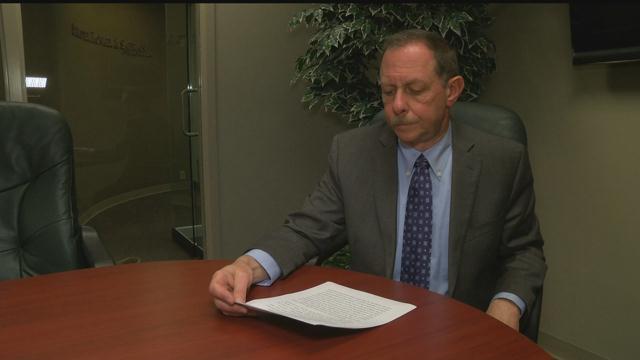 Newly filed court documents are revealing more information about the death of Jay Anderson Jr. - the man killed in a park by a Wauwatosa Police officer, an attorney for Anderson's family said.

"It's really getting terrible because this Halloween was terrible for me. He wasn't able to take his daughter trick-or-treating," Anderson Sr. said.

"The Fourth of July, terrible. His birthday was on the Fourth of July. Thanksgiving and Christmas is coming up. The officer has destroyed my family, is what he did," Anderson Sr. said.

Jay Anderson Junior was shot and killed at 3 a-m on June 23. Family says he had been drinking and was sleeping in his vehicle at Madison Park when the officer approached.

Jon Safran, the attorney representing the mother of Jay Anderson Jr's child, said the "notice of injury" filed Monday has even more detail on what happened.

"The document formally puts them on notice of the facts so they can investigate it and it allows them to then determine down the road how to proceed if a claim is brought for injuries and damages," Safran said.

According to the document "There is no evidence that Mr. Anderson 'lunged' for, touched raised or pointed any alleged handgun that may have been in his vehicle," Safran said. That's based on video that family has seen.

In addition, questions remain about what kind of support or counseling the officer got after a completely different fatal-officer-involved shooting happening eleven months prior to the shooting of Jay Anderson Jr.

Wauwatosa police are not commenting on the paperwork, instead saying they are also waiting on the Milwaukee County District Attorney's to make records public.