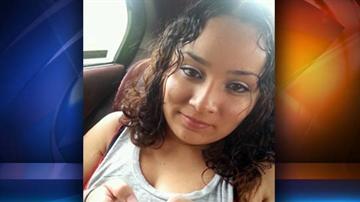 MILWAUKEE--22 year old Alejandra Guzman Flores of Milwaukee had received death threats prior to her attempt to flee Wisconsin.

It's still not clear what scared Guzman-Flores to the point that she chose to tell her family that she was scared and that would take a bus to California.

During our interview, it was clear that the family continued to keep safety a priority, choosing not to appear identifiable.

Guzman-Flores' nude and stabbed body was found in a Jefferson County corn field by a driver-by.

The family says Guzman-Flores had no enemies that they knew of, but admit she was very private.

The family says it spoke to Milwaukee police about filing a missing person's report, but were ignored. Police say the only missing person report for Guzman-Flores dates back to 2009.

Guzman-Flores would have turned 23 on April 24th. Instead the family plans a funeral, but money is an issue.

The family has placed containers in near south side businesses to collect funds to bury the young woman.

Meantime, Jefferson County Authorities including the coroner and Sheriff's office have not returned repeated phone calls and emails to comment on the state of Guzman-Flores' body when it was found, and whether they have a suspect in the case.