WAUWATOSA, Wis. (CBS 58) -- The family of a 17-year-old shot and killed by a Wauwatosa police officer after an incident in February, met with the Milwaukee County District Attorney on Thursday, June 11, to get an update on the case.

Cole was shot by Wauwatosa Police Officer Joseph Mensah after a foot chase on Feb. 2, in the parking lot of the Cheesecake Factory.

Wauwatosa police were called there after they received a call about a disturbance by Mayfair Mall and that there was a person with a weapon.

After a chase on foot, an officer shot and killed Cole and police say it was out of self defense.

Mensah has been involved in three police-involved shootings. The DA found the use of force was justified in the first two cases. Police say Cole had a weapon, but supporters don't believe that's true.

"The only thing we see as citizens are teenagers running. Any teenager is going to run If ten police cars come. They’re afraid and then they shoot them in the dark and then everyone wants to say well he had a weapon. Show us the weapon. We have yet to see it. We want justice and accountability,” one Cole supporter said.

Wauwatosa police sent out a statement over the weekend about the incident saying in part, "each incident happened very quickly and verbal commands were given and not complied with. He defended himself with deadly force. 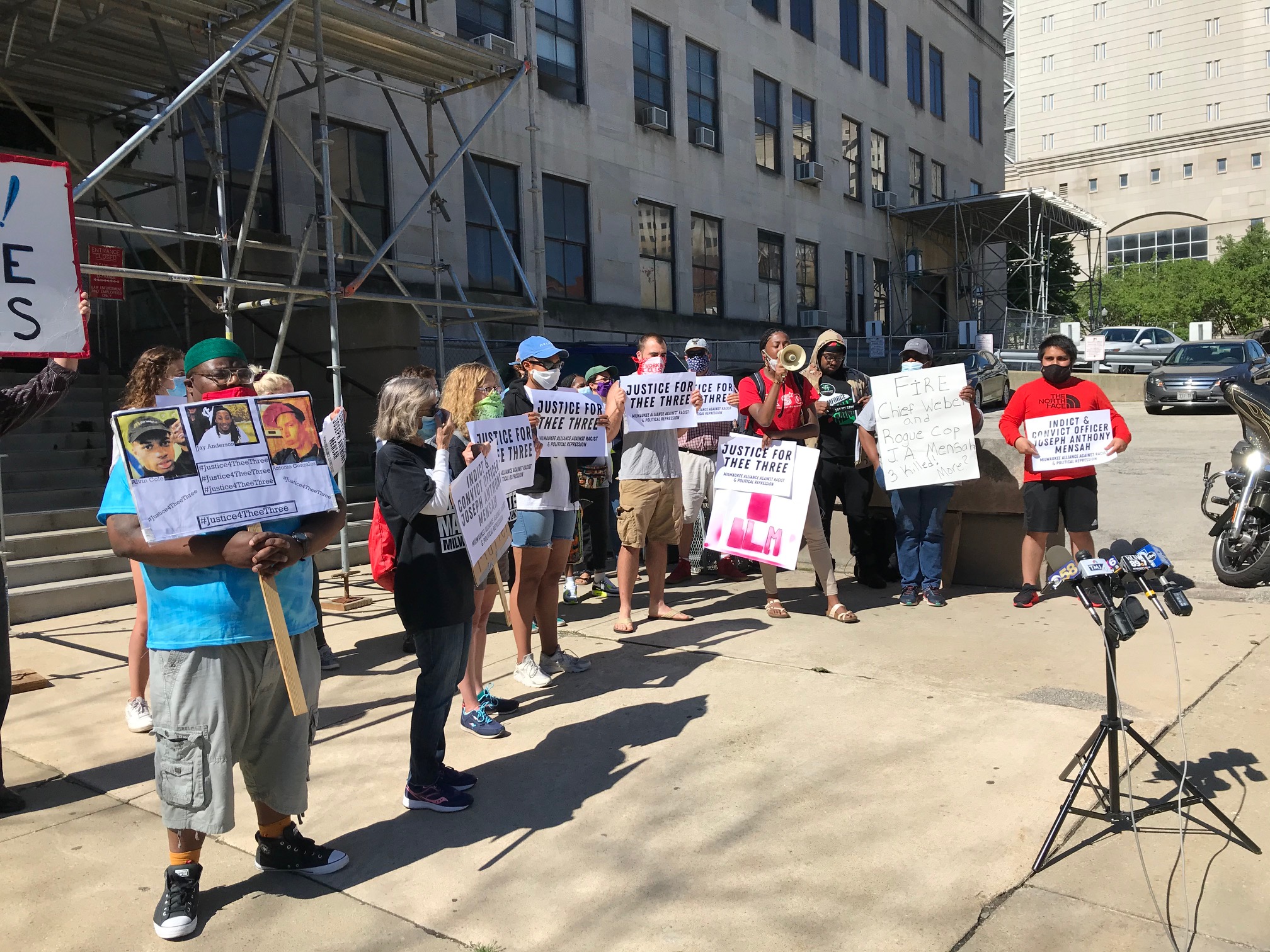 Officer Mensah is still on administrative leave pending a decision by the DA if any charges will be firled.

The Cole family says they presented new evidence to Chisholm at the meeting, but a decision in charges against Mensah was not made.

The attorney for the Cole family said it was a "good meeting."