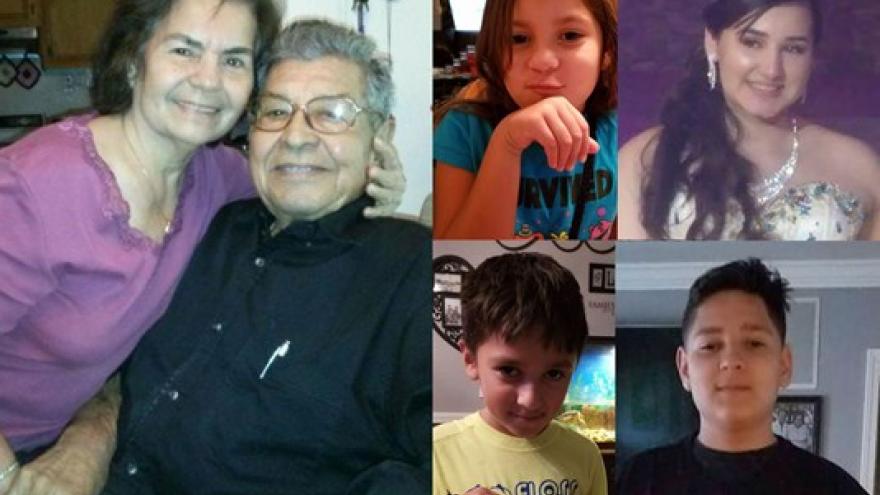 HOUSTON - A family of six is believed to have died after drowning in a white van Sunday afternoon while trying to escape the floods of Hurricane Harvey, relatives tell KHOU 11 News. It is thus far the single deadliest incident resulting from the storm.

The victims include four children (all 16 or younger) and their great-grandparents. The driver of the vehicle (the children's great-uncle) managed to escape before the van went under water.

According to witnesses, the family was trying to get to higher ground when the van they were traveling in hit high flood waters after crossing a bridge on Green River Road in Greens Bayou.

The van was swept up in the current, and the driver was able to crawl out. He told the children inside to try and get out through the back door, but they were unable to. According to family members, the van quickly sank with everyone inside.

The driver was able to hang onto a tree limb and escape.

Witnesses say there were first responders in the area, but there was not enough time to perform a viable rescue operation.

Authorities have not officially confirmed the incident, although that is likely because no bodies have been recovered at this time.

Three family members did confirm the story. Many of them are just learning of the news today.