A Milwaukee family is on a desperate search for their beloved dog Bella, who was taken Christmas Day.

They believe a dog-napper took the small tan chihuahua, while their car was parked outside the Walgreens on 92nd and Beloit. Knowing they wouldn't be inside for too long, Bella was left in the car.

For nearly two weeks, Blanca Lawrence has been doing everything she can think of to find her aunt's precious dog.

"It had to be maybe five minutes or even less than that," she said.

It ruined Christmas for the the family. 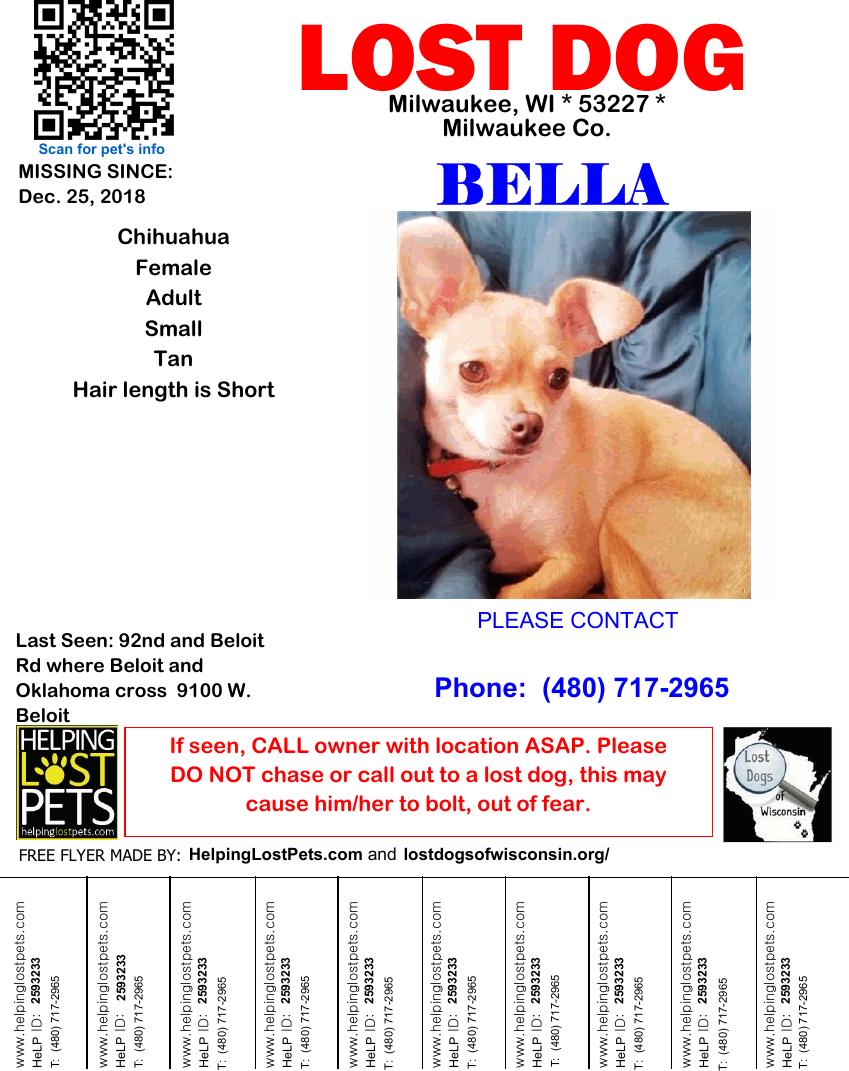 "It kinda turned the day upside down, my aunt was here from up north, and my cousin too from Arizona and it affected the whole Christmas Day and everybody was just worried."

According to Blanca, her aunt has had Bella for seven years. She's heartbroken that she's gone.

"She means the world to her, she's at a loss right now. It's like her little baby."

The family believes someone has Bella, or she was given as a Christmas gift. They're hoping for a happy ending -- that someone will return her.

"I’m hoping that, that person has enough heart to think about what they did, and do the right thing."

Bella was in a black carrying bag with her blanket, was wearing a red collar and bell. She has two lightly balding spots on her head, her nose and eyes are brown. She is micro-chipped.

The family said they want her back safe and sound and will not press charges.