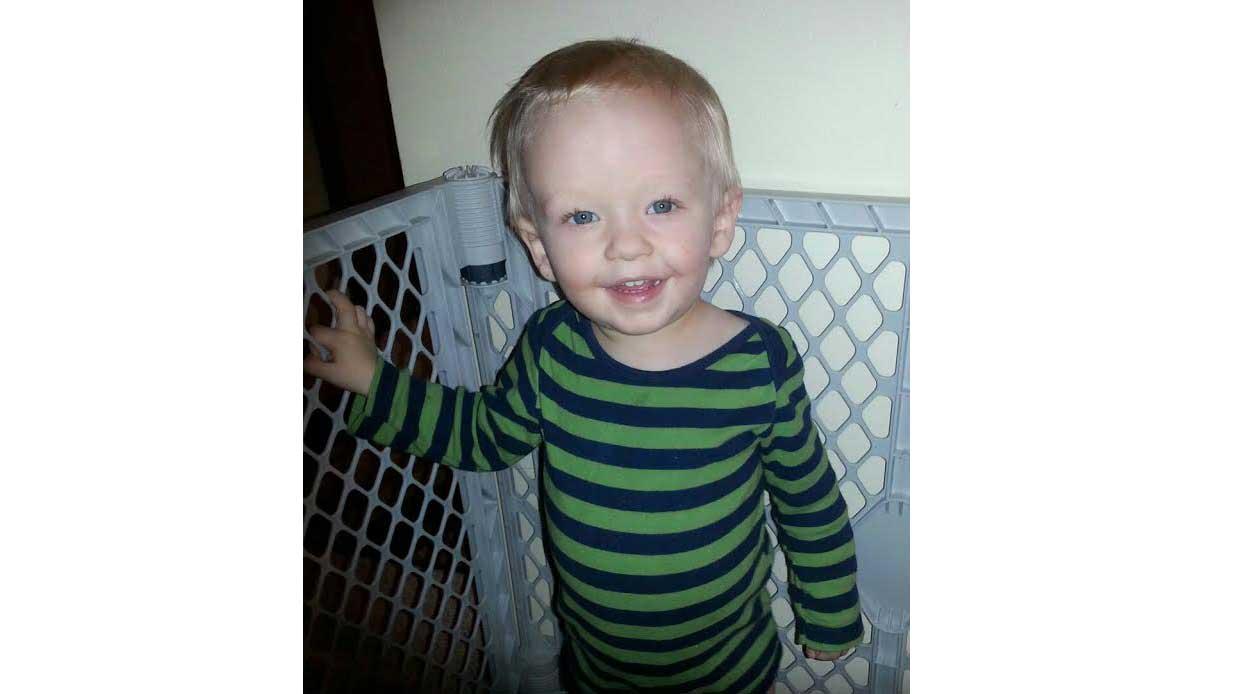 SHEBOYGAN, Wis. (AP) — The family of the Sheboygan County tolddler that was allegedly strangled by his mother released a photo and statement on Thursday.

The Sheboygan County woman accused of killing her 2-year-old son says voices told her to take her child's life.

Twenty-seven-year-old Katlyn Kinateder is charged with first-degree intentional homicide and hiding a corpse in the Aug. 4 death of her son Dexter.

The lead investigator in the case, Sheboygan Falls Officer Douglas Hall, testified Wednesday in Sheboygan County Circuit Court that Kinateder told him she had "lost her mind" and that "voices told her (Dexter) couldn't live anymore."

Kinateder is accused of suffocating her child with a plastic bag and hiding his body in a cardboard box.

Sheboygan County District Attorney Joe DeCecco says he expects Kinateder will enter a not guilty plea by reason of mental disease or defect. Arraignment is scheduled for Aug. 29.

The child's family has set up a fundraiser for children's organizations in the Sheboygan.

The family released the following statement:

The family of Dexter (Dex) Kinateder were deeply saddened by the sudden news of Dex's passing. The immediate family is actively involved in the process of making final arrangements for Dexter. We want to make sure that even in the wake of this horrific tragedy Dex is laid to rest in peace. He was a loving little boy who always had a smile on his face and a big belly laugh to share. He brought love and light to this world and to everyone he met. Dexter was loved dearly by close family and friends. We will keep his loving memory in our hearts forever.
We want to sincerely thank the Sheboygan Falls Police Department, Fire Department and First Responders that assisted during the emergency and attempted life saving measures for Dexter. Your service and duty is appreciated beyond words.
We also want to thank the public for their thoughts, prayers and well wishes for Dexter. It has meant so much during this process. We will keep all the positivity close to our hearts during this time of grieving. At this time, the family does ask that their privacy be respected
Share this article: