RACINE COUNTY, Wis. (CBS 58) -- A Racine woman was killed and her husband seriously hurt after their car was crushed by a falling tree in Franksville Saturday.

The car and tree are now gone, but remnants of the accident still remain. Family and friends gathered at the scene to remember a woman loved by her family and community.

Michelle Martin and her husband William were driving along Four Mile Road when all of a sudden a tree fell on their car.

"It's one of those random things I don't know how you would necessarily avoid it. No fault of the driver, just a very random, very unfortunate thing that happened," said Gary Larsen with Caledonia Police.

Strong winds knocked down the tree, hitting their black Ford Expedition as they were driving. Police say the tree was slated to be removed by the Cudahy Highway Department after the homeowner complained it was infested with Emerald Ash Borer.

Witnesses called 911 and emergency responders rushed to get the couple out.

"They had to cut him out of the car and then they transported him to the hospital. They wanted to use Flight for Life but due to the windy conditions, flight wasn't a viable option."

Michelle was pronounced dead at the scene.

Her family and friends didn't plan on meeting at the scene of the crash, but they believe she brought them together.

She was a mother, grandmother, and friend.

"Charismatic and smiley, and could turn a  dark room into a lit up room of joy," said family friend Dan Johnson.

Her husband is a teacher with the Racine Unified School District. They released the following statement:

Horlick High School and RUSD students and staff offer our heartfelt condolences and our support to Mr. Martin and his family right now. 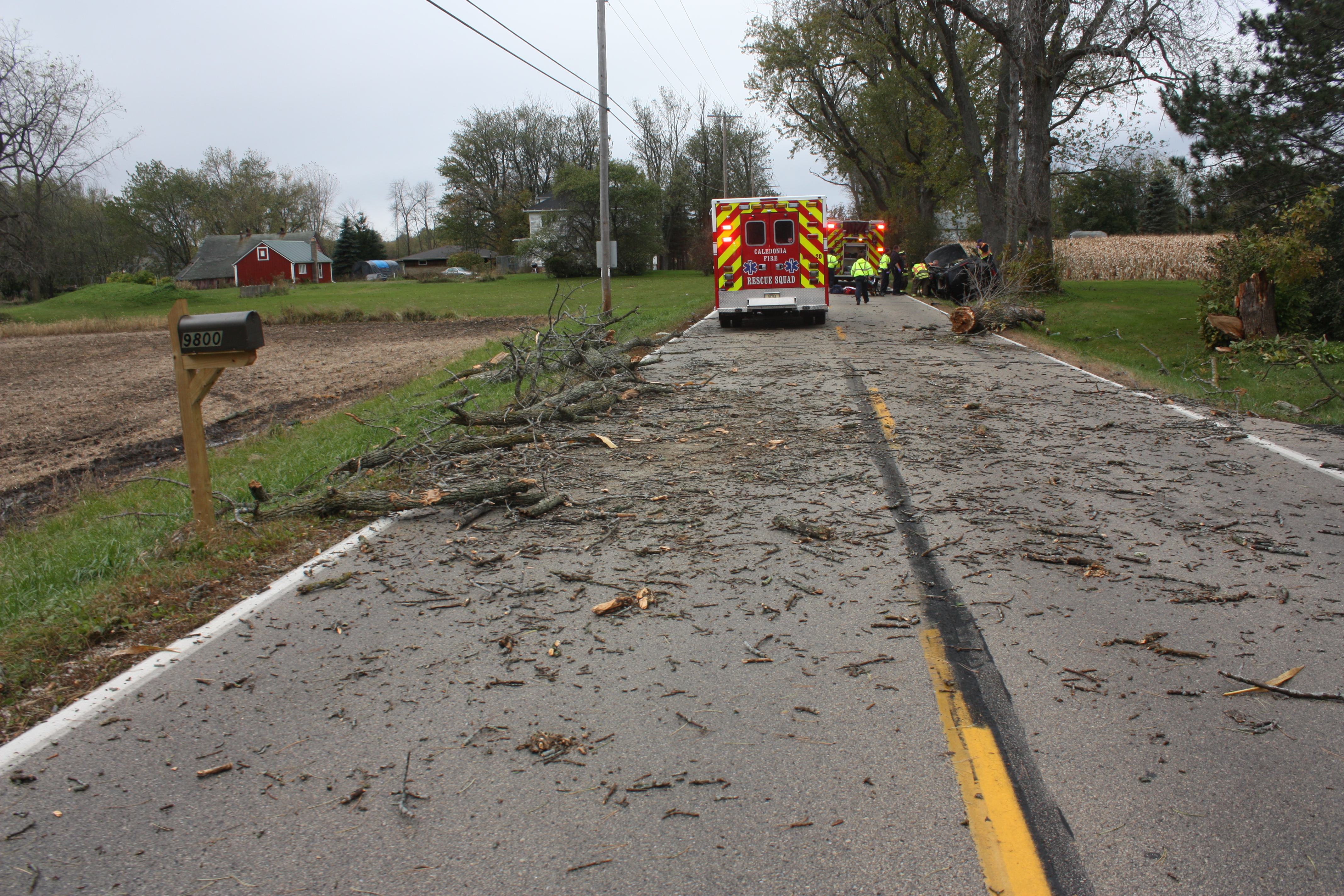 "I can't wrap myself around the facts of this accident. I don't know if I ever will because any split second before, after the outcome would have been completely different," said sister-in-law Cindy Johnson.

The family says Martin is in critical condition at Froedtert Hospital.