Fallen Soldier's Grandfather: We couldn’t be more proud of him 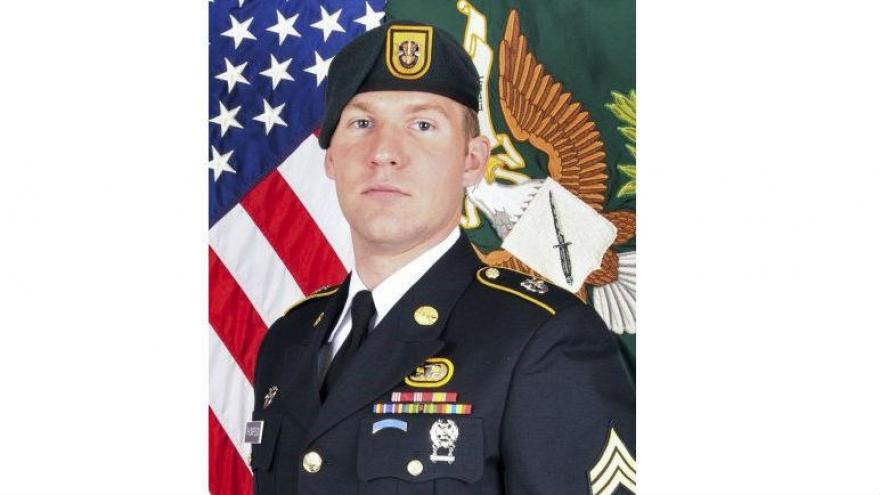 Thompson, a Green Beret, was killed by a roadside bomb Tuesday. He graduated from Brookfield Central in 2006.

Before the high school’s football game Thursday night, the crowd honored the service and sacrifice of Matthew Thompson,.

The flags above the scoreboard flew at half-staff, and the crowd paused for a moment of silence.

Thompson’s grandparents, along with aunts and uncles, took the field for the tribute to the fallen hero.

“He’s the oldest, and he certainly led the way and he would do it again,” Jim Thompson said. “He’s just that kind of a person.”

Thompson graduated from Brookfield Central in 2006; captain of the football team, member of the band and an eagle scout.

“Matthew was the kind of student who made your day better,” said Jason Gillette, the high school band director and Matthew’s former teacher.

Gillette performed the national anthem in honor of his former student.

“He gave the ultimate sacrifice and if there’s a student I’ve ever had that I see being in a position and willing to do such a thing, it was Matthew,” Gillette said.

And though he was only 28 years old, Thompson’s family knows life and death are an example for all.

“A lifetime is not judged by how long it is, but by what a person does with the time they have here, and he certainly did his share and then some,” Jim Thompson said. “And that’s what I would tell him. We couldn’t be more proud of him.”

Matthew Thompson is survived by his wife, parents and two younger sisters.

A GoFundMe has been set up to help the family with expenses. Click here to donate.