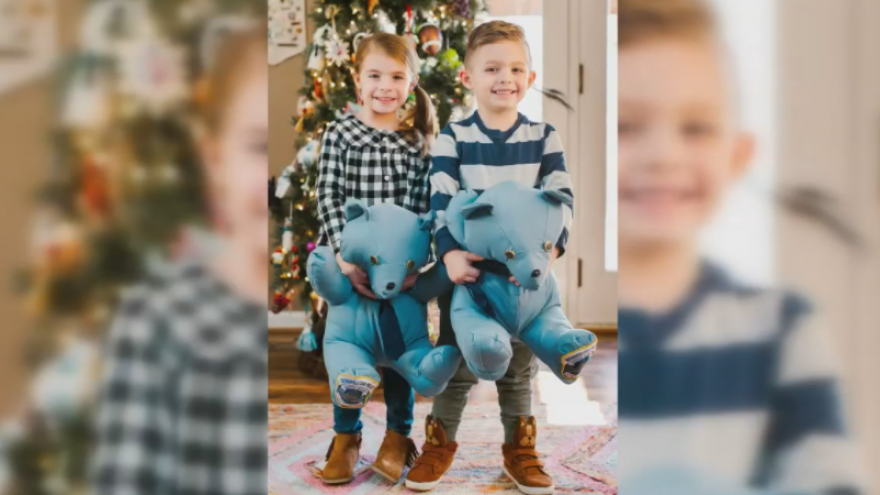 ELLICOTT CITY, Md. (ABC7/CNN) — They are as cute as a button. In fact, the eyes are just that, right off the uniform of fallen DC Police Officer Barry Eastman.

“My kids were so thrilled to receive them,” said Jennifer Eastman, Ofc. Eastman’s wife.

Jennifer Eastman showed us the bears made for their children, five-year-old twins Violet and Asher.

They are wearing neck ties and patches are on their feet.

“My daughter said I can give daddy a hug,” said Eastman.

The teddy bears were dropped off on Tuesday.

Eastman says her kids have slept with them ever since, but they can’t decide on names. 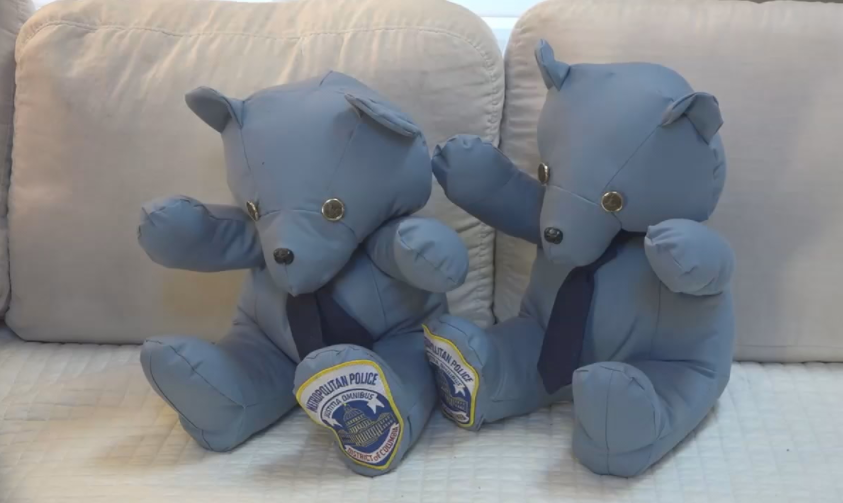 “He would love that so many people are reaching out to our kids and doing such wonderful things for them,” said Eastman.

Ofc. Eastman was a DC police officer for four years.

In September, he was coming home from work around 8 a.m. when his car crossed the center line and hit a tractor-trailer.

“They love talking about their dad and they’re really proud of him,” said Eastman.

Eastman says he believed in giving back.

“At work, he would carry spare coats, blankets, cold weather accessories in his trunk from time to time in the winter and he would hand them out to various homeless people,” said Eastman.

Pictures in their Ellicott City home show a proud husband and father.

On this first Christmas without him, Jennifer Eastman is keeping the traditions going.

“Going to see Christmas lights in the car, and baking cookies and big breakfast on Christmas morning,” she said.

Ofc. Eastman is watching out for them, while these teddy bear wear his pants.