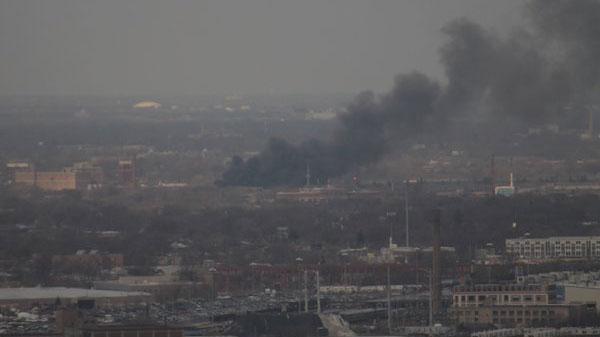 The fire started around 9:30 a.m. in the 4500 block of West Haddon Avenue, in a one-story building that is about two blocks long. Buyers Flea Market is listed at that location.

Lots of smoke coming from the West Haddon fire. pic.twitter.com/Xd8CiWANlw

The Fire Department said there were reports of two people trapped in a restroom.