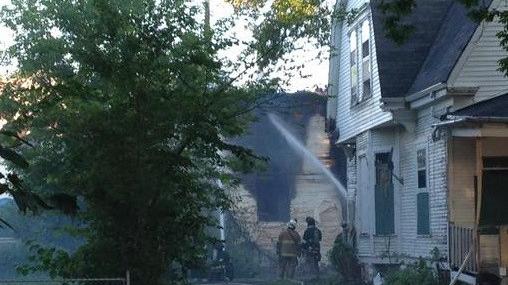 Firefighters faced a difficult challenge Wednesday morning after being called to a house fire near 9th and Clarke on Milwaukee's north side.  Deputy fire chief Aaron Lipski said the fire was in a cottage house behind a home.  He said there were electrical wires and transformers back there.  Some of the transformers blew up as firefighters were starting to work.  Firefighters were able to get the fire under control quickly.

\"[The fire was] Very problematic for us because it was at the rear of the building with all of the electrical service lines and primary electric lines,\" Lipski said.  \"Those hampered us because they were popping and dropping in the back, the transformers were exploding.\"

No one was hurt in the fire.