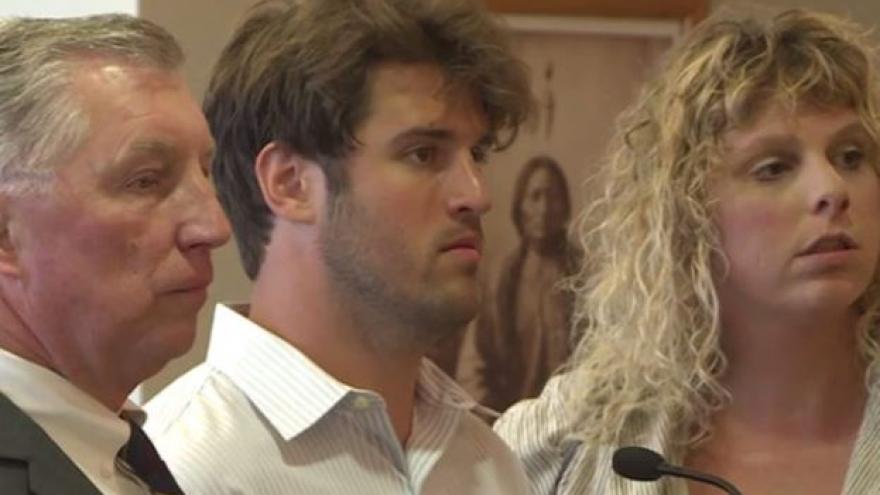 MADISON, Wis. (WISC) -- A former University of Wisconsin-Madison student facing sexual assault, stalking and strangulation charges will plead guilty to five counts ahead of a jury trial scheduled for next week, according to one of his attorneys.

Cook had been facing 23 charges in connection with reports from a number of women who said they'd been assaulted in incidents between September 2014 and October 2016.

Executive Director of the Rape Crisis Center Erin Thornley Parisi said she is not surprised by the plea deal.

"The message is we still live in a rape culture and that 'Me Too' is just the beginning. The 'Me Too' culture is just the tip of the iceberg. I do think it's changing things, but we have to stay vigilant to make sure this doesn't go away," Parisi said.

The sentencing of a victim's accusers is only one part of the story, according to Parisi. The Rape Crisis Center encourages sexual assault survivors to focus on their healing apart from the sentencing.

"We just keep on focusing on her or his healing process and really look at the criminal justice system as one pathway that can be taken but it is certainly not the defining factor in the overall healing for the victim," she said.

Nicholson says Cook will only make a plea in the Wednesday hearing. She believes his sentencing will be done after a pre-sentence investigation and will likely happen in 90 days.

A trial had been scheduled for Cook in Jefferson County for next week. A judge had approved a change of venue in the case because news coverage may have tainted a pool of potential jurors.