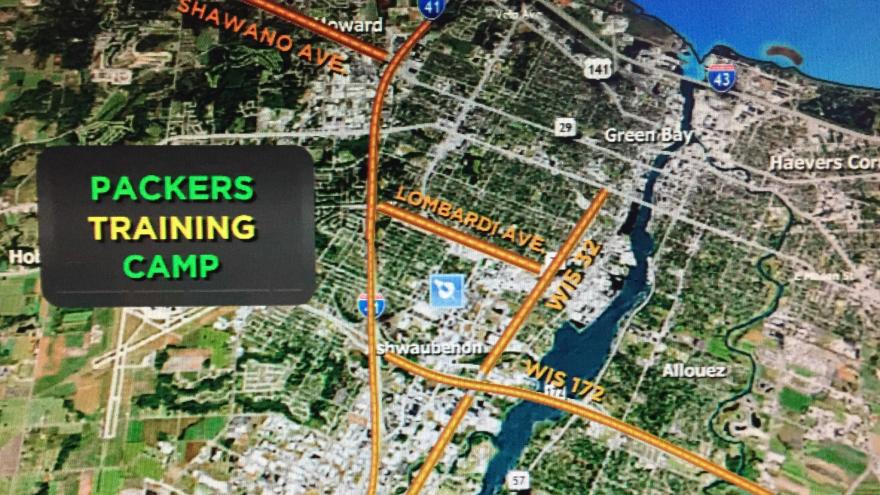 GREEN BAY, Wis. (CBS 58) -- Packers Training Camp starts this afternoon at Ray Nitschke Field.  Thousands of fans will be heading up to Green Bay today for not only the practice but to also take part in the 100th season celebration of the green and gold.

With the influx of drivers heading up north, you will need to plan for potential delays along several major routes in and around Titletown.

Drivers heading along I-41 north near Oshkosh will be dealing with delays due to the EAA Airventure as well as active construction in the area. I-43 north remains relatively quiet especially heading out of Milwaukee through Sheboygan County.

Once drivers enter Green Bay, expect to see slowing along several of the major arteries around Titletown. Just off of I-41 north along Lombardi Avenue, Ashland Avenue, Oneida St. as well as WIS 172 coming from I-43 north are all areas where drivers may experience delays.

With the team celebrating its centennial, and the launch of the new Titletown District, fans will want to plan out their drive up to the Green Bay area, especially during the first week of training camp.