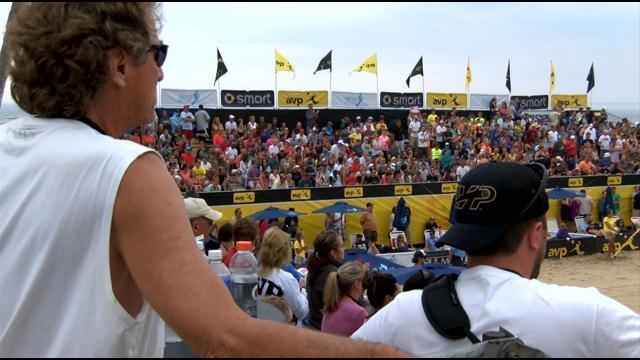 Milwaukee County Parks and the company G1 ended their lease agreement. That means no world class volleyball tournaments, at least for awhile.

\"It's bittersweet to see all this end up on a truck,\" Todd Gawronski, owner of G1 told CBS 58's Sandra Torres. \"We've put a lot of time and effort into this and it would've been our 15th year of running events.\"

Garownski was known for promoting and hosting several national events, including the USA Junior Beach Volleyball Championship which is now being held in Virginia Beach because of some major issues in Milwaukee.

\"The problem's we had were with drunkenness, disorderly conduct, bad service,\" explained Garownski in his only local interview on the issue. \"The lack of support I was receiving, all of it led to bad business.\"

\"Todd's passion for volleyball is undeniable. His commitment, like many of our partners who were responsible for the turnaround of the beach over the years - is much appreciated. We wish Todd the best of luck in the future.\"

They say they want to continue to have volleyball at Bradford Beach, but they're still working out the details for a seamless transition.
Share this article: