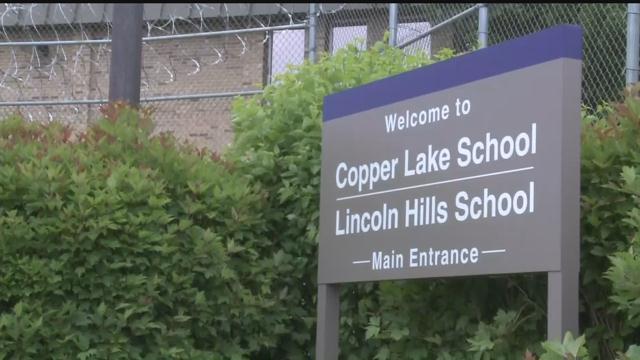 Milwaukee Lawmaker Mandela Barnes says there is no doubt in his mind that at least some of the allegations of abuse are true at the Lincoln Hills Correctional Facility for youth.

He told the CBS 58 News at 4 p.m. in an exclusive sit down interview Monday that there are no assurances of  safety for the young offenders or the staff while the public awaits the findings of the probe.

The majority of youth at Lincoln Hills are from Milwaukee.

The state representative says the location alone is unfortunate, given the hardship on families to visit.

He acknowledged there wasn't a lot that any of the parties involved could say.

He says the pending investigation, but also fear of retribution, is keeping people silent.

"It's not like we saw what we heard about," Barnes said of the visit. "But it made perfect sense and we felt it was something we had to do.
A lot of those allegations are true and its scary for many people."

Barnes said he has heard from multiple families of their children coming home with bruises and then refusing to give details of how they got them.

They were afraid to talk about it.

"I have a personal friend who had a brother at Lincoln Hills. He  told me about stories that took place. He thanked me for speaking up about it."

Barnes also addressed safety issues for staff who he says are being forced to work overtime.

"16 hour shifts back to back," said Barnes. "You. Me. Anybody else. Regardless of work place. High intensity like a correctional facility or a low intensity  workplace like Build A Bear, two 16 hour work shifts will do something to a person. Physically  and mentally. We can't have those working conditions."

Barnes says the facility is under staffed and traces it back to 2011 when Governor Scott Walker implemented his reforms, namely Act 10.

"This is one of the consequences of Act 10 nobody saw coming. When police and fire were exempted for safety, we didn't consider people who work in other high risk situations."

Barnes says without the ability of staff to bargain and talk about work shifts, there will be no improvement.

"It's so scary because of the working conditions alone."

Barnes is supporting legislation that will require the Wisconsin Department of Corrections to use the Missouri Model for juvenile corrections.

It focuses on rehabilitation and calls for more geographically dispersed locations. This will allow  inmates to be closer to family.

At least 25% of students at Lincoln Hills go through family therapy before they're released  according to Barnes.

"We've introduced this," stated the democrat. "We're talking with republican colleagues. The  ball is in their court."